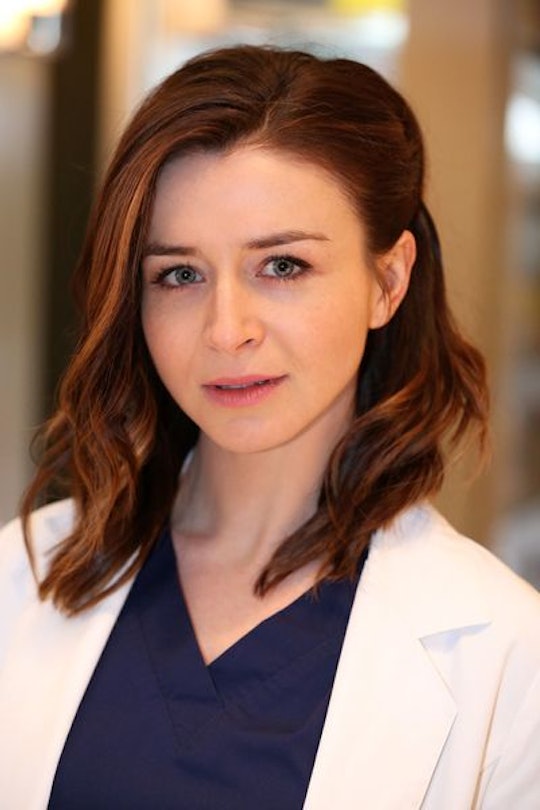 When Was Amelia Pregnant Before? 'Grey's Anatomy' Sheds Light On Her Past

On Thursday night's episode of Grey's Anatomy Amelia spent the whole day thinking she may be pregnant because she was late, however, she delayed taking a pregnancy test and refrained from telling Owen. When April asked Amelia why she still hadn't told her husband about the possible pregnancy, Amelia admitted that the last time she was pregnant she didn't have to tell the father because he was dead. If you didn't watch Private Practice, you may not know that Amelia was pregnant before she appeared on Grey's Anatomy. And unfortunately, it didn't end well.

While Amelia lived in L.A. and worked at Seaside Health and Wellness with Addison, she had multiple relapses that culminated in her and her then-boyfriend, Ryan, taking all their drugs, promising to get sober the next day. When Amelia woke the next day, she found Ryan dead and then later she discovered she was pregnant. Sadly, the baby was anencephalic, meaning it didn't have a brain. Amelia decided to donate the baby's organs to help save the lives of multiple other infants. And while it was nice that she was able to do that, losing her child was heartbreaking, and when April and Jackson lost Samuel, Amelia remembered that pain.

Still, it doesn't seem as though Amelia has really told anyone at Grey Sloan Memorial Hospital about her loss, particularly in regards to her husband, Owen. Although the two have agreed to start trying to having kids and opening up more about their pasts, I don't think Amelia has fully confided in Owen that she already had a child before and one has to wonder why? Whatever her reasoning, Amelia has now mentioned her previous pregnancy to April and considering she and Owen are good friends, April may accidentally spill the beans before Amelia can tell him herself. Let's hope that won't be the case.

Although what happened to Amelia isn't something she necessarily has to share with Owen (it is her right, after all), it would probably be the healthy decision for their marriage if she did, especially now that they're trying to have kids. Owen would be supportive and understand the pain and possible fear Amelia may have if she does get pregnant in the future. Hopefully Amelia opens up about her past soon so that Owen can be there for her, the way we all know he will be.