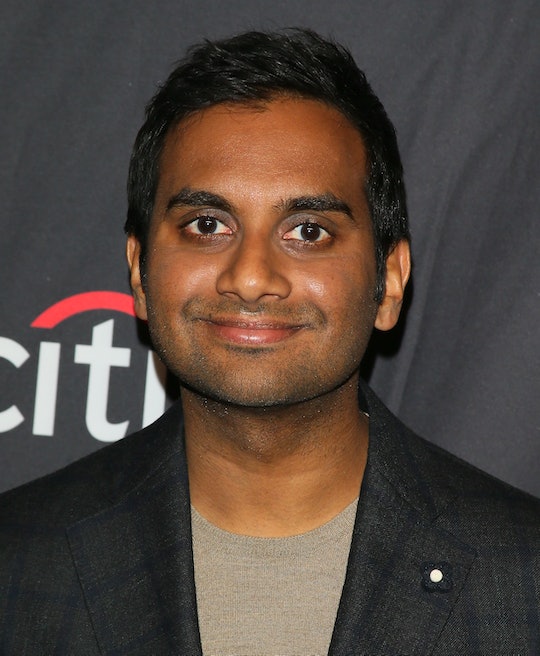 After all but disappearing for over a year, Aziz Ansari returns to TV with a new standup special on Netflix. So if you've been wondering where he's been, maybe you're also wondering when Aziz Ansari’s Netflix special, Right Now, was filmed. Well it was recent enough to quench most fans' thirst for the comedic actor.

According to The Hollywood Reporter, Right Now was filmed as part of Ansari’s Brooklyn Academy of Music dates during a recent tour. And a quick search of his most recent tour shows that he last performed there on May 16-18. That means that if Netflix used his tour date from that particular show back in May, the Netflix special was edited in record time to allow a July 9 release date. But because it’s a standup special and doesn't require reshoots or other performers, it was probably easy enough to do in order to give Ansari his third Netflix special. Before Right Now, Netflix released Buried Alive and Aziz Ansari: Live at Madison Square Garden, so the comedian is definitely no stranger to Netflix.

Ansari’s most recent tour, Road to Nowhere, had dates in 75 US cities and in 12 countries across the world, so it should really come as no surprise that Netflix would be all over getting him in for another standup special. And since it was likely filmed so recently, chances are, most of the jokes and commentary from Ansari are as relatable and current as possible.

Most of the time during Ansari’s standup performances, he touches on pretty much everything, from his own personal stories with a comical twist to politics and technology. Basically, if there is something going on in the world that he can make a joke about, he does, and I expect nothing less from Right Now on Netflix. The Spike Jonze-directed Netflix special marks Ansari’s first one in more than four years. While the teaser trailer doesn't give much away in terms of what the general theme of the special will be, viewers can probably expect more of his usual sometimes vulgar but mostly relatable humor he puts into most of his performances.

The last time Ansari appeared on Netflix in a starring role in any capacity was for Master of None Season 2 in 2017. And while there hasn't been a formal cancellation of the Primetime Emmy Award-winning comedy, there is still no clear end in sight to its current hiatus. Cindy Holland, the Netflix head of original content, said at the 2018 Television Critics Association summer press tour that Netflix would be happy to have the show back for a third season when Ansari is ready.

"We certainly have given some thought to it," she said at the time. "We certainly would be happy to make another season of Master of None with Aziz." Since then, there still haven't been any announcements one way or the other, but until Netflix officially cancels the show, I would imagine that there is hope for fans.

Ansari’s new standup special could be his way of stepping back to the streaming platform on a more permanent basis and could be a way to feel out fans for his comedy and potentially slide back into his role on Master of None. For now, however, that’s just speculation. Still, Ansari has continued to churn out content outside of the show and that’s what Right Now is all about.