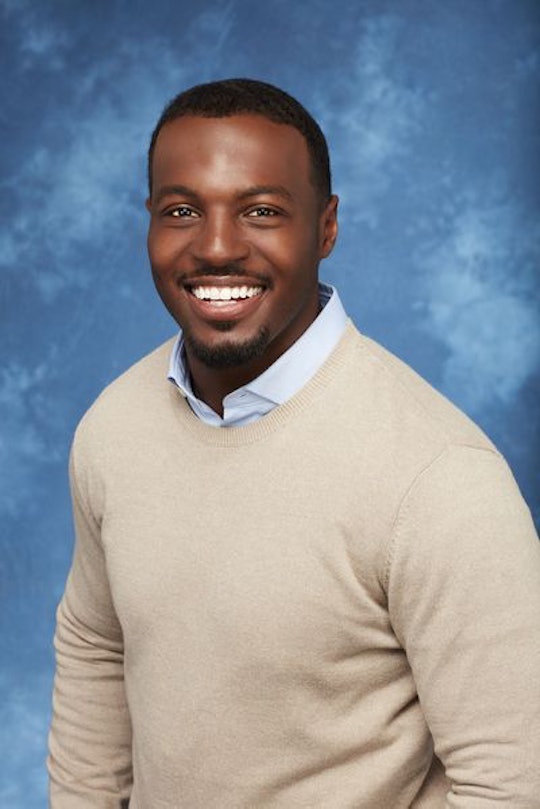 Occasionally contestants on The Bachelor or The Bachelorette will already have a connection with the person whose heart they're going on national television to win. Just last year, much was made of Nick Viall's former one night stand showing up at the Bachelor mansion looking for a second chance with him. And it looks like this season of The Bachelorette has another odd little missed connection from the time before the show — but this time it's a lot less scandalous. It turns out Rachel Lindsay went to summer camp with one of her suitors, 27-year-old executive assistant Fred. But when was Rachel Fred's camp counselor prior to The Bachelorette?

During a Facebook Live chat, host Chris Harrison revealed a few more details about the situation with Fred and Rachel. "You know how you all went to camp when you were kids and you have a crush on your camp counselor, right? It happened to all of us," Harrison said. "Fred had a crush on his camp counselor. This was back in elementary school. Well, that camp counselor was Rachel. 20 years later, Fred is trying to live out his grade school crush."

The timeline provided by Harrison definitely clears things up. It looks like Fred might have had a crush on Rachel when he was around seven years old or so, which would have made her 11 or 12 at the time. Rachael is obviously flawless, but that is... a really long time to hang onto a crush.

Hopefully Fred's childhood crush on Rachel is more of a cutesy anecdote to set him apart from the crowd than a dedicated 20-year crush. Considering they both hail from Dallas, Texas originally, the camp they met at was probably in the same area, bringing up another question: did they know each other outside of camp? That might be where they met, but it's always possible they ran in similar circles outside of camp, too. If so, the show is sure to bring it up — and Fred's continued feelings for Rachel would make a little more sense if he'd actually gotten to know her outside of capture the flag.

Harrison is just as curious as the viewers to see how it all plays out, teasing in his Facebook Live chat that the outcome could be positive or negative. "I think it's a great story," he said. "It could be a Disney story or it could be a complete disaster." Either way, it should make for great television.