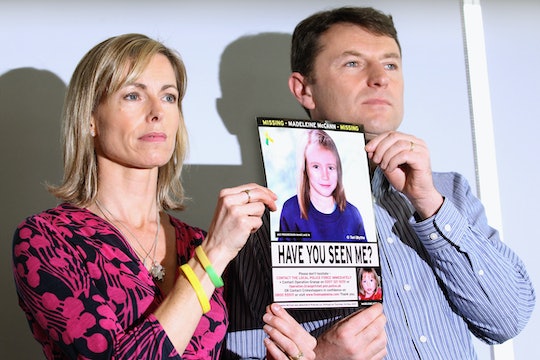 Kate and Gerry McCann, their three young children, along with their friends and their respective kids, were on vacation in Portugal when Madeleine disappeared in 2007. The night she went missing, the parents left the children in their hotel room while they ate dinner not far away. The parents had been checking in on the kids throughout the night, and during one of the check-ins was when Kate discovered Madeleine was missing.

The Netflix documentary covers Madeleine's disappearance extensively; from the time Kate and Gerry left their daughter and the other kids, to the possibilities of what happened to the 3-year-old in the wake of her disappearance. The series is shot through dramatizations of what happened that night, news footage taken from 2007, and over 120 hours of interviews from people close to the case, according to Netflix.

But the exact time the film's director, Chris Smith, and producer, Emma Cooper, started filming the documentary is a little hazy. The series was reportedly green-lit in September 2017, according to the Daily Mail, so it could have been filmed, produced, and edited over the course of two years.

Smith told The Atlantic that his goal was to capture the extensive media frenzy that ensued after Madeleine's disappearance through the documentary, hoping to "take the viewer on the journey that the public went on." From the interviews with experts to those close to the family, no stone is left unturned in the series.

Smith told Newsweek that this was the goal, to get the full idea about her disappearance. "We hope the viewers get to see the full picture of why there are no answers in this case — giving context to all the complexities that surround her disappearance," Smith told Newsweek. "We wanted to give the most comprehensive and objective look at all of the factors surrounding her disappearance and the months and years that followed — who all the players were, the leads that were chased, the misinformation from the media, etc., and we did so by interviewing as many people as we could that touched the case from all sides."

Cooper told Newsweek that the documentary is more than a "true crime story." Rather, according to Cooper, it's "a forensic documentary series using a vast historical archive resource to walk the public through the timeline of the case over the past 13 years."

It's important to note, according to The Telegraph, that the documentary doesn't present any new evidence about Madeleine's disappearance and her parents, Kate and Gerry, refused to take part in it for interviews, Digital Spy reported. And the couple said in a statement that they felt like the documentary could hinder the case.

"The production company told us that they were making a documentary and asked us to participate. We did not see and still do not see how this programme will help the search for Madeleine and, particularly given there is an active police investigation, could potentially hinder it," Kate and Gerry wrote in a statement on their website. "Consequently, our views and preferences are not reflected in the programme."