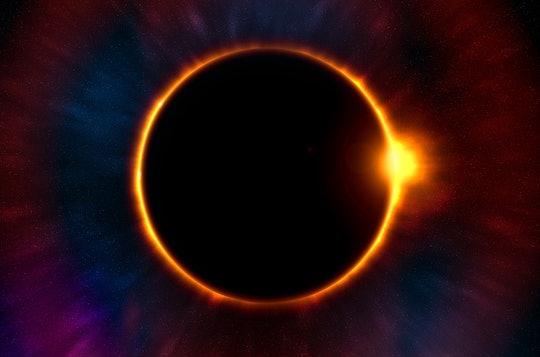 The Last Solar Eclipse In The US Happened Decades Ago

The excitement surrounding the coming total solar eclipse is contagious — and for good reason. Eclipses such as these are few and far between, only adding pressure to catch a glimpse of this one if you can. Why? Because the last solar eclipse visible in the United States happened decades ago and it was indeed a sight to see.

If you're just tuning into the excitement, a total solar eclipse occurs when the moon passes in between the sun and the Earth, casting a shadow on the Earth and creating temporary darkness. This type of eclipse can last up to three hours from beginning to end and viewers must be in the path of totality in order to see the occurrence. The coming eclipse will have a path of totality 70 miles wide. Starting on Monday, Aug. 21, the 2017 solar eclipse will begin at 9:05 a.m. in Lincoln Beach, Oregon, and will end at 2:48 p.m. in Charleston, South Carolina.

Science buffs out there might be keen to tell you that total solar eclipses are not all that uncommon. Sure, according to NASA, one occurs every 12 to 18 months. But, what is somewhat rare is for these events to be visible from the United States — which is why everyone will be talking about it on Monday.

Indeed, the last solar eclipse with a path of totality in the United States took place on Feb. 26, 1979. So all of this excitement is certainly warranted. The path of this eclipse included Northwestern states including Washington, Oregon, Idaho, Montana, and North Dakota. It was also visible in the Canadian provinces of Saskatchewan, Manitoba, Ontario, and Quebec.

If you need help placing this last eclipse on your mental timeline, allow me to lend you a hand. Let's go back in time to when President Jimmy Carter was in the White House and gas was, on average, 86 cents a gallon. While the moon was passing between the Earth and the sun, a young Michael Jackson was anticipating the coming release of his breakout solo album Off the Wall. Needless to say, this was a much different time.

When the 1979 eclipse passed through the Northwest, it caused a similar uproar as the eclipse was expected on Aug. 31 of that year. In the weeks preceding the eclipse 38 years ago, people all over the United States were gearing up for a celestial celebration. News stations across the country held live coverage events. An ABC News report of the event was recently uncovered that provides a snapshot of the national excitement at the time. As People reported, anchor Frank Reynolds covered the event and closed with an endearing message:

So that’s it, the last solar eclipse to be seen on this continent in this century. As I said, not until August 21, 2017, will another eclipse be visible from North America. That’s 38 years from now. May the shadow of the moon fall on a world at peace.

After the 2017 eclipse, NASA reports that the continental U.S. will be privy to its next annular solar eclipse on Oct. 14, 2023 — an event with a path of totality from Northern California to Florida. Following this partial coverage, the next total solar eclipse within the United States will take place on April 8, 2024 and will be visible from Texas to Maine. While less than a decade isn't that long to wait for another chance at a stateside viewing, many people are eager, as they should be, to catch this year's solar eclipse while they can.