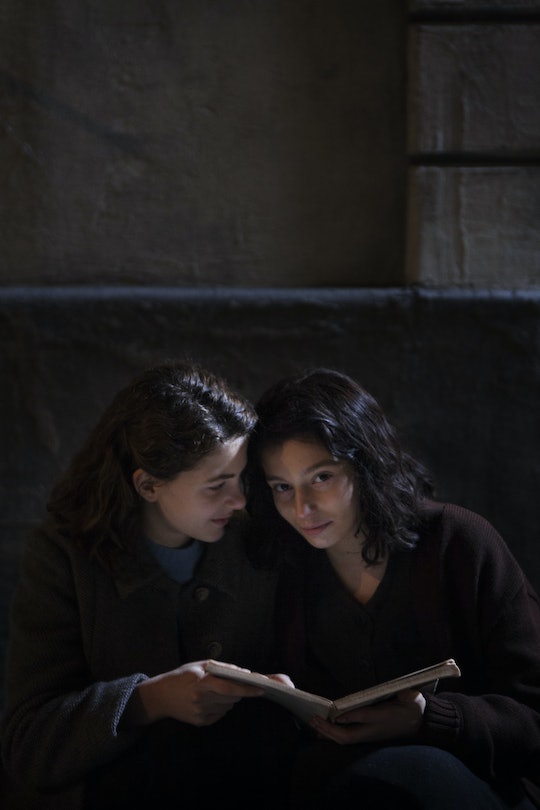 In case you were wondering, HBO's new miniseries, My Brilliant Friend, is, in fact, based on a book. The novel, written by Italian author Elena Ferrante, tells a story of complicated friendship between two girls, Elena and Lila, over a period of many years. The popular novel is a hit worldwide, and plans to adapt it began just a couple of years ago. But when was the My Brilliant Friend book written?

Though much of the book takes place in the 20th century, giving it a less-than-modern feel, it was actually published only a few years ago, in 2012. The tale being told is actually being recounted by Elena, a woman in her 60s, who receives a phone call from a man, Rino, regarding the disappearance of his mother, Lila. Lila and Elena have known each other since they were children, growing up together in a poor neighborhood in Naples, Italy.

My Brilliant Friend tells the story of their childhood, beginning in first grade through their teenage years. Lila is a precocious daredevil who Elena seems to idolize in a way, while acknowledging her occasionally reckless behavior. Both are very smart, but in different ways: While Elena works very hard to maintain good grades, Lila finds schoolwork easy, and skates along without really trying. A notable fork in the road comes when a decision must be made as to whether to continue their schooling: At that time in history, many children didn't get an education beyond primary school, instead joining the family trade.

One thing you probably noticed: The author shares a first name with the main character of the story. So an understandable assumption is that this story is at least semi autobiographical. But she didn't exactly name the character after herself. Elena Ferrante is a pseudonym.

Who is Elena Ferrante really? Many have ventured a guess, but the mystery remains. The author wanted it this way. After writing her first novel in 1991, she told her publisher that she wouldn't reveal her identity, stating that she feels that "books, once they are written, have no need of their authors." In other words, she wanted her work to speak for itself, and readers will glean from it what they will.

What is certain is that the author did, in fact, grow up in Naples during the approximate time period of the novel. So she may have experienced some of the things her characters did, from learning trades such as cobbling to being married off at an early age. Elena is a reflection of the woman who wrote her in at least one way: She's a writer.

Regardless of their connection, both Elenas have more story to tell beyond My Brilliant Friend. The book is, in fact, the first of a quartet known as The Neapolitan Novels, all of which follow Elena and Lila's story. And there is almost definitely a plan in place to adapt the rest of the novels, though it probably depends on how well this part goes for HBO. But for now, we'll have to simply enjoy this tale.