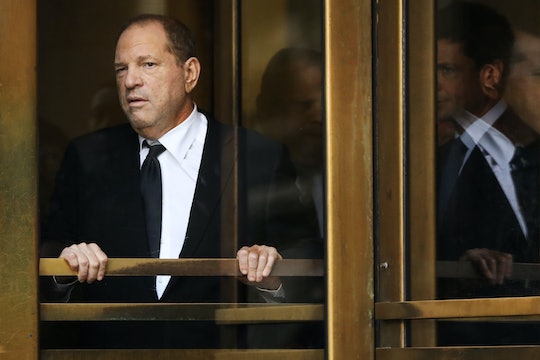 In October of 2017, a New York Times investigation and a New Yorker exposé detailed decades of allegations of sexual misconduct against Hollywood mogul Harvey Weinstein. The stories fueled the #MeToo movement as we know it today. Now, in the Hulu documentary Untouchable, viewers hear first hand accounts from Weinstein accusers, and see how this powerful man kept his hold on Hollywood. It’s been almost two years since the story surfaced, so some might be wondering exactly when Untouchable was filmed.

Untouchable comes from the BBC, and as reported by Variety, the network gave it a green light in December 2017. The complete documentary premiered at the Sundance Film Festival in Jan. 2019, which means it must have been filmed throughout 2018. When the movie was first ordered, producer Simon Chinn told Variety he enlisted filmmaker Ursula Macfarlane to direct because he believed she would “come at the story with a female perspective” and would “be able to relate to many of the victims of [Weinstein’s] alleged abuse with great sensitivity.”

In a recent interview with iNews, Macfarlane said she interviewed dozens of people connected to Weinstein while making the film, but many were hesitant to go on record from fear of professional and legal repercussions. “We reached out to so many people,” she said. “There are a lot of people who were happy to share their story and tell us things about Harvey but ultimately couldn’t go on the record. There is still this miasma of fear around the subject because nobody knows if he is going to go to jail.”

She also told the outlet she believed abuse of power is a human condition, and that it won’t go away unless more people talk about it. “Someone like Harvey was able to do it for so long because people didn’t speak,” said Macfarlane. "If they’d started to speak out and gone on the record then he would have become a pariah much more quickly, I think.”

When talking to Variety, Macfarlane revealed how much she appreciated the people who went on record for the documentary. “There are a lot of people in the industry who probably feel they have a lot to lose, so that’s why I do want to say I’m very grateful for the industry people who did take part in the film,” she said. “I think that was a real act of courage — a different act of courage to the women, but nevertheless, they possibly have a lot to lose, and they were very candid about they’re own failings to step up. But I think there are layers of complicity, and I do believe that most people didn’t know the extent of it — but I think some people did. The industry should be looking at itself very long and hard.”

Weinstein is set to face trial for five felony charges — based on allegations of sexual assault and rape — in January 2020, as reported by The Washington Post. As the documentary airs and Weinstein’s court case unfolds, hopefully his accusers will feel that their voices are finally being heard.

In a statement, a spokesperson for Weinstein said:

Untouchable is currently streaming on Hulu.

Editor's note: this article has been updated to include a statement from a representative for Harvey Weinstein.