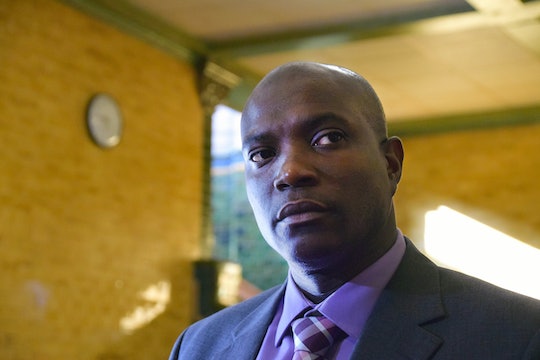 In an interview with CBS Local Sports, filmmaker Liz Garbus explained that she first became interested in the story when she read an article about it in The New York Times. She neglected to share a more specific date, but it must have been some time between 2011 and Hillary's trial in 2016, because Mel Magazine revealed that was when Garbus became more actively involved in the story. After that, she began following the case and interviewing Hillary, as well as keeping track of his court appearances. Hillary was ultimately acquitted, per Mel Magazine, but Garbus was there at the most tense moments of his trial in 2016. That gave her quite a lot of insight into the aftermath of the murder, though the documentary wasn't able to answer its titular question. With Hillary acquitted and no other suspects named, Phillips' murder remains unsolved.

Hillary had a connection to the victim that extended beyond both of them living in the same small town. Hillary had dated Phillips' mother Tandy Cyrus for a few years, though they were broken up at the time of the murder. However, the evidence linking him to the crime was nearly non-existent; according to The Daily Beast, there was DNA evidence under Phillips' nails that did not match Hillary, and he also had an alibi for the night in question. Though he was allegedly caught on camera in the same area as Phillips before the murder occurred, it wasn't quite enough to prove he was the perpetrator. He still stood trial.

During an interview with Variety, Garbus explained that she was drawn to Hillary's story because she felt it spoke to "larger systemic problems." Hillary was a black man living in a predominantly white town who was put under a lot of scrutiny with very little evidence. The police didn't focus on other suspects as much as they focused on Hillary. "From the police's point of view, they thought they had the best suspect — the most they could put together on someone," Garbus said.

She continued, "But you can't take race out of the picture — the way in which white Americans are just more likely to look at Black people as capable of committing crimes. The issues around race and policing and prosecutorial misconduct have been huge issues across our nation. And that was the tunnel vision."

Garbus said that she would be open to revisiting the case in a follow-up documentary now that there appears to be new information about it. In March of this year, North Country Public radio reported that St. Lawrence County's new prosecutor Gary Pasqua said there were new leads that shifted away from Hillary. Garbus didn't seem to think it was likely that law enforcement would pursue the lead because they appeared to be so convinced Hillary was guilty. But it's possible that Who Killed Garrett Phillips? isn't the end of the story, after all.