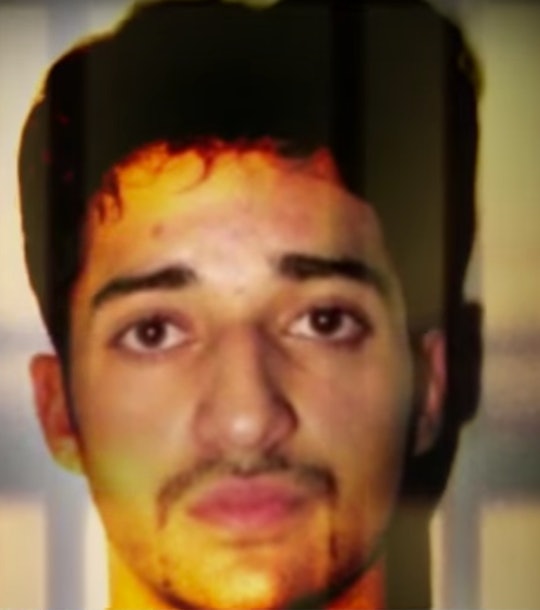 When Will Adnan Syed's New Trial Be? The 'Serial' Subject Has A New Chance At Freedom

Fans of the hit 2014 podcast Serial, get ready to freak out: The man at the center of the case, who was convicted of the 1999 murder of his ex-girlfriend, is getting a chance at freedom. Over the course of the 12-part series, Serial host Sarah Koenig obsessively chronicled the case — and all its deficiencies, inconsistencies, and high school dramas — that culminated in the the sentencing of a 17-year-old Baltimore high schooler to life in prison. So, when will Adnan Syed's new trial be held? Because I think this means Koenig needs to get ready to get obsessed again (if she ever stopped), because her audience is definitely going to want her covering this.

Serial catapulted Syed's case into the national spotlight, elevating him from the obscurity of the Maryland prison where he'd been incarcerated for 15 years for a crime he's consistently, and oftentimes emphatically, maintained he did not commit. The podcast's meteoric success is largely responsible for Syed's being granted a post-conviction hearing in February (although the season was over, Koenig dutifully covered that) so his defense could present important new evidence, including a new alibi witness, and argue that his original lawyer had been ineffective.

Although a Baltimore Circuit Court judge has ruled that Syed is entitled to a retrial, it has not been scheduled. Rabia Chaudry, the Syed family friend who first approached Koenig about further exploring the case, told The Baltimore Sun that state prosecutors will now have to determine whether they want to go to retrial, offer a plea deal, or drop the charges altogether.

When Hae Min Lee's strangled body was discovered buried in a park about a month after she went missing in January 1999, her murder did not garner the attention that it did 15 years later, when Koenig and the Serial team rigorously explored it. In fact, Syed's lawyer for this round of litigation, C. Justin Brown, told The New York Times that he did not think that the opportunity for a retrial would have manifested without the podcast.

Throughout the course of her reporting, Koenig tracked down Asia McClain, a former classmate of Syed and Lee who had written Syed after he was charged to say that she remembered being with him while the murder took place. Syed's lawyer never contacted her — representing a major deficit in "professional judgment," as Judge Martin Welch wrote in his opinion. Although McClain was absent at the original trial, she testified at the February hearing, a fact that clearly helped to sway the judge.

During the post-conviction hearing in February, Syed's legal team also sought to convince the judge that the failure of Syed's attorney during his 2000 trial to cross-examine a state expert about cell tower location evidence that appeared to place Syed at the scene of the crime was detrimental to his case.

Now that that hurdle has been mounted, Syed's current attorney told the Times that he's optimistic about winning Syed his freedom. "I’m feeling pretty confident right now," Brown said. "This was the biggest hurdle. It’s really hard to get a new trial."

But Lee's family has not been swayed. During the February proceedings, they released a public statement, having declined to be interviewed or otherwise participate in the Serial podcast. According to the Sun, it reads in part:

It remains hard to see so many run to defend someone who committed a horrible crime, who destroyed our family, who refuses to accept responsibility, when so few are willing to speak up for Hae. Unlike those who learn about this case on the Internet, we sat and watched every day of both trials.

Regardless of whether you agree with Lee's devastated family or are staunchly team #FreeAdnan, it's impossible not to marvel at the gargantuan effect one podcast is having on the entire legal system. Welch wrote in his opinion that the case represents a "unique juncture between the criminal justice system and a phenomenally strong public interest caused by modern media," and the result has been fascinating to witness. Whenever the new trial commences, the major impact that relentless reporting and podcasting has had will be evident once more.