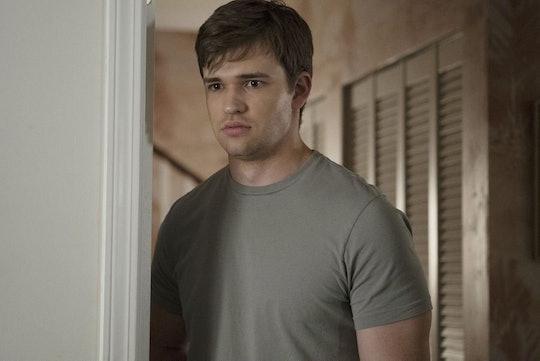 'Beyond's Fate Is Still Up In The Air

Freeform's new sci-fi drama, Beyond, premiered last week and while it's true that only the first two episodes aired on TV, the whole first season is now available on Freeform.com and the Freeform app, with a cable subscription. It's also available on Hulu and for purchase on iTunes. So naturally, people have already binged the whole entire first season, which means now viewers can't help but ask when will Beyond Season 2 be? Unfortunately, it's too early to know for sure.

The new show hasn't been renewed just yet by the network, but since the whole first season hasn't even aired on TV, that's not unexpected or a cause for concern. Freeform will probably see how the show does in ratings before they decide to pursue a second season or not. Although Freeform doesn't have the best track record for renewing new shows, Beyond isn't like the shows they've done in the past. Making the whole first season available for streaming from the start may have attracted new viewers that may not have watched the show otherwise. Fans will just have to wait and see if this new strategy is enough to get Beyond a second season.

According to TVSeriesFinale.com, Beyond didn't do too bad ratings-wise on it's first night. The first episode brought in 1.182 million viewers and while the second episode lost some viewers, it still managed to bring in a little over a million. The series will continue to air on Monday nights at 9 p.m. ET, right after Shadowhunters, Freeform's breakout hit from last year.

If you haven't checked out Beyond yet, the show follows the story of Holden (Burkely Duffield) who wakes up from a 12 year coma only to discover he has new abilities he can't explain. Thrust into the middle of a dangerous conspiracy, Holden must decide who he can and cannot trust. The show also stars Romy Rosemont, who people may recognize from Glee, Dilan Gwyn, Jonathan Whitesell, Michael McGrady, and Alex Diakun.

Although the show hasn't yet garnered the buzz Freeform probably hopes it will, Beyond definitely already has fans. While many haven't even watched the first season yet, others are already rewatching it because they love it that much.

If you haven't seen it yet, you might as well give it a chance. I mean, what have you got to lose? Odds are, it could end up going above and beyond your expectations. (See what I did there?)