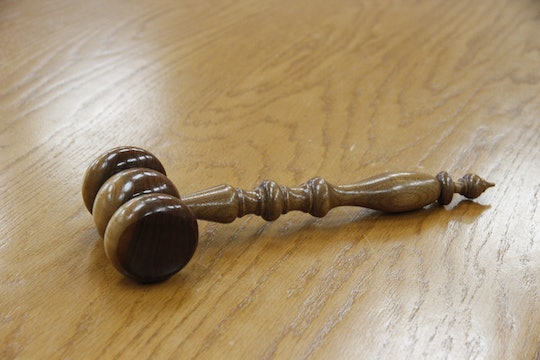 Wisconsin Attorney General Brad Schimel submitted a brief on behalf of the state on Wednesday, requesting that the Seventh Circuit Court of Appeals hear oral arguments in an effort to keep Brendan Dassey behind bars. No date has been set, so it's unclear if and when Brendan Dassey will be retried. According to AP reporters and BuzzFeed's Mike Hayes, prosecutors argued that Dassey's initial confession was legal and allowable in court.

Dassey and his uncle, Steven Avery, are both serving time after being convicted of the 2005 murder of Teresa Halbach. The case gained national attention after it became the subject of the wildly successful Netflix documentary series, Making a Murderer. Although Dassey initially confessed to authorities that he and his uncle raped and murdered Halbach, both men now claim that they are innocent. The documentary seemed to take the same position, highlighting Avery's previous wrongful conviction for rape, and implying that Dassey's age and mental capacity put him at risk for a coerced confession. Dassey reportedly has a low I.Q., according to ABC News, and he was just 16 years old when he submitted to the four-hour interrogation during which he ultimately confessed to the crimes. Dassey has been incarcerated since his 2007 conviction.

Dassey's conviction was overturned this past August, according to CNN, and prosecutors were given 90 days to bring him to trial again before his release. Federal judge William E. Duffin called Dassey's confession "so clearly involuntary in a constitutional sense that the court of appeals' decision to the contrary was an unreasonable application of clearly established federal law." But in November, just days before Dassey's scheduled release, Schimel filed a motion to stay Duffin's decision, saying in a statement that it was "wrong on the facts and wrong on the law." Dassey was ordered to stay in prison.

Now, according to local ABC affiliate WBAY, the state will argue that Dassey's confession was voluntary, that his mother gave investigators permission to interview him, and that he was read his Miranda rights. They further claim that Dassey was able to provide details about the crime that were not told to him by investigators, which were later corroborated. The brief also asserts that Dassey additionally confessed to his cousin, and that he's lost significant weight, which the state takes as a sign of guilt. Dassey will remain in the Columbia Correctional Institution while he awaits a decision.