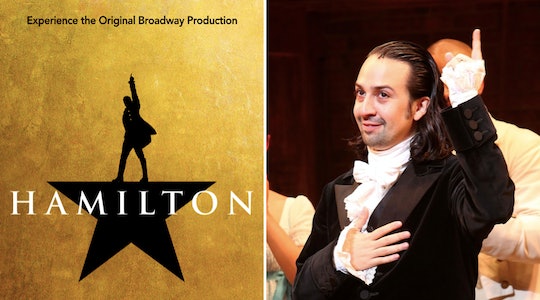 Lin-Manuel Miranda's 'Hamilton' Is Officially Coming To Disney+ This Summer

The Broadway musical by the one and only Lin-Manuel Miranda, Hamilton, is coming to Disney+ this summer and families around the world will soon be able to experience the production from the comfort of their homes. Disney announced on Tuesday that it has decided to "fast track" Hamilton's filmed premiere, so starting on July 3, 2020 you'll finally be able to stream the award-winning musical.

"No other artistic work in the last decade has had the cultural impact of Hamilton — an inspiring and captivating tale told and performed in a powerfully creative way," Robert Iger, executive chairman of The Walt Disney Company, said in a statement Tuesday. "In light of the extraordinary challenges facing our world, this story about leadership, tenacity, hope, love and the power of people to unite against the forces of adversity is both relevant and impactful."

Iger said Disney is "thrilled to bring this phenomenon to Disney+ on the eve of Independence Day." "We have the brilliant Lin-Manuel Miranda and the team behind Hamilton to thank for allowing us to do so more than a year before planned," he said.

Hamilton tells the story of Alexander Hamilton, one of America's Founding Fathers, through a mix of hip hop, jazz, and R&B music. While it's not clear if the historical musical made for Disney+ will be exactly like the theatrical production, parents have recommended that, due to some swearing, it might be more appropriate for older kids. Common Sense Media says it's best for kids 12 and older.

In announcing the musical's premiere date on Disney+, Miranda said in a statement that he was "so grateful to Disney and Disney+ for reimagining and moving up our release to July 4th weekend of this year, in light of the world turning upside down."

"I’m so grateful to all the fans who asked for this, and I’m so glad that we’re able to make it happen. I’m so proud of this show. I can’t wait for you to see it," Miranda said.

The movie coming to Disney+, directed by Tommy Kail and filmed in June 2016, combined the "best elements of live theater, film, and streaming" to create "wholly new way to experience Hamilton," according to Disney. "I’m so proud of how beautifully Tommy Kail has brought Hamilton to the screen," Miranda said. "He’s given everyone who watches this film the best seat in the house."

Fourth of July weekend might be a lot different this year, but can certainly still be exciting with Hamilton's Disney+ premiere on July 3.