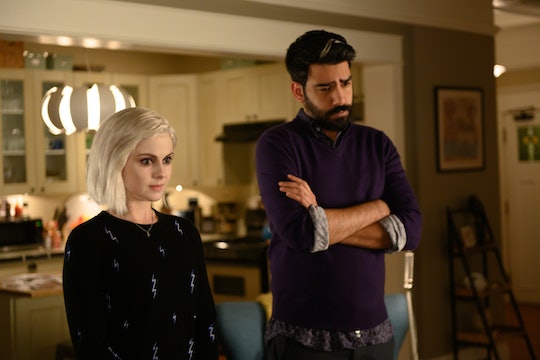 This week, fans will say goodbye to iZombie, as the show ends with its fifth season. In this final chapter of Rob Thomas’ zombie drama, the war between the un-dead and the living will come to a head, settling up all its beloved characters’ story lines. The final episode airs on Aug. 1 on The CW, but if you are waiting to stream the entire season, you’re probably wondering when iZombie Season 5 will be on Netflix.

As reported by Deadline, most CW shows hit Netflix eight days after their season finale airs. This means the final season of iZombie should be available on the streamer by Aug. 9. If you haven’t watched the series yet, or missed a few episodes in between, you can stream the first four seasons on Netflix right now.

Fans have had some time to prepare themselves for the finale, which according to TV Line, has been in the works since May of last year when The CW announced that the series would end with Season 5. In an interview with TV Guide, showrunner Rob Thomas revealed he didn’t expect to end the show this soon, but is glad he had was given an entire season to close out its story lines.

“Right up until the day they announced the schedule, we did not know whether we would be on it or not,” Thomas told the outlet. “I was grateful that they gave us one more season. But it was not a ‘Rob, how many more seasons would you like?’ It was, ‘Rob, you're either getting zero or one.’ And I said, ‘I'll take one!’ I'm grateful that they did it because — and I'm speaking of the head of the network and the head of the studio — and I think we got it because they had been real fans of the show and real supportive of the show even when our ratings have just been consistently on the bubble.”

With the show is coming to an end, Thomas said fans will find resolution in the finale, and any lingering questions will just be added in for fun. “Every other year, we wanted to leave people demanding more,” he told TV Guide. “This year we knew we weren't going to get more. We tied everything up in a bow — This season, we were told ‘you're getting one and no more,’ so we thought we're going to answer all these questions for the fans. There might be a couple lingering questions that are fun thought experiments, but fans should expect a ton of resolution at the end of this season.”

Fans may not be thrilled that iZombie is ending, but at least they’ll leave the show and its beloved characters with some closure. And if the craving hits, they can take comfort in knowing they can hop on to Netflix, and rewatch the series whenever they want.