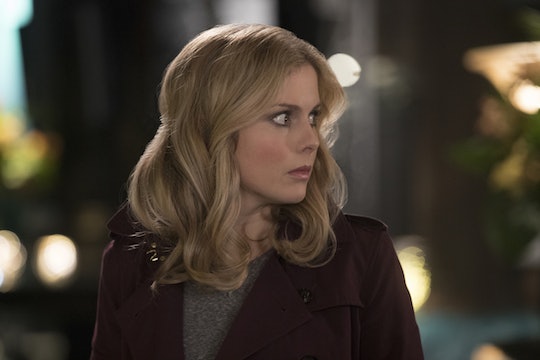 The season finale of iZombie is here and it's going down with a bang. Or, rather, an explosion. For fans who have been watching this season, you know it's been a wild and funny ride, filled some truly action-packed moments that could give The Walking Dead a run for its money. (OK, maybe I'm exaggerating a big, but still! It's been a great season.) However, if you missed out on this epic third installment, you're probably wondering when will iZombie Season 3 be on Netflix? Thankfully, the wait won't be very long at all.

With The CW and Netflix's licensing deal, all new seasons of CW shows become available on the streaming service just eight days after the finale. That's right, you literally only have to wait a week and a day to binge watch all of iZombie. If you need help with the math, that means the third season of iZombie will Roku-ready starting on Wednesday, July 5. So while you're recovering from all the foods (and drinks) you had on the Fourth of the July, you can catch up with your favorite zombies and friends — and believe me, there's a lot to catch up on.

The promo for the season finale promises there's a disease in Seattle that could lead to the death toll rising all the way up to the tens of thousands. That'd be a lot of zombies.

What's also concerning is the blurred lines happening between the zombies and humans. Zombies aren't really a secret anymore and as more and more humans learn the truth, it'll lead to widespread panic and probably more hate towards Liv and her zombie comrades. Besides that, there's also the aftermath of the explosion to contend with. Meanwhile, Major is trying to figure out his life now as a human-turned-zombie-turned-human again.

Yeah, there's a lot going on and if you missed it you'll definitely want to catch up. This season has arguably been the best season to date with some romance, action, and Liv taking on even zanier personalities. While our favorite characters continued to star, there were also a lot of new faces that you'll need to familiarize yourself with before Season 4, which is thankfully a guarantee since the show was renewed back in May. So get ready to binge if you haven't watched this season yet, or you just want to watch it again.