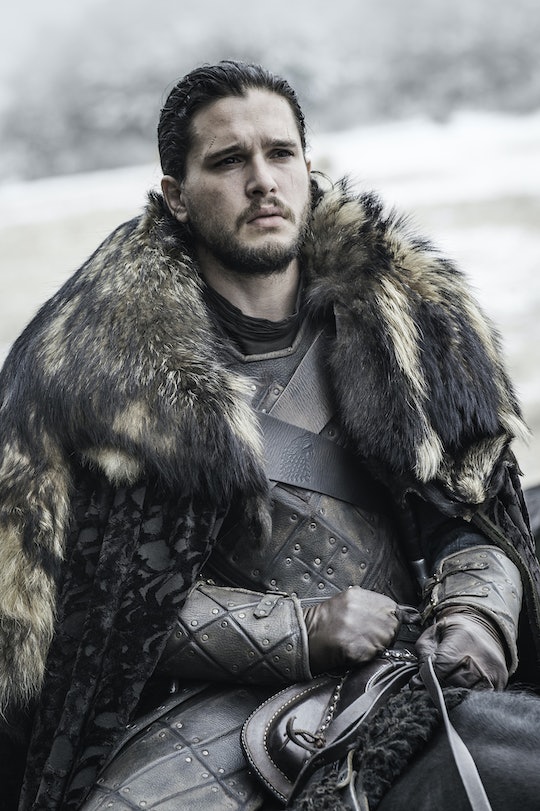 When Will Jon Find Out He’s A Targaryen On ‘Game Of Thrones’? His Mother Was Revealed

That being said, what will Season 7 even entail, big picture? Judging by the huge fleet of ships being led by Daenerys and her merry band of Targaryen supporters, Season 7 of Game of Thrones will have a lot to do with Dany trying to take that iron throne out from under Cersei. So where Jon and his Targaryen parentage fit into all of this is kind of hard to tell. But who can imagine having to wait for even longer for Jon to find out he's a Targaryen on Game of Thrones?

The Season 6 finale of Game of Thrones finally confirmed the theory that Jon Snow is the child of Lyanna Stark and Raegar Targaryen, albeit without actually saying it — but, you know, basically saying it. It has been a fan theory that has received so much popularity that it would have been a plot twist for it not to be true. And while having the audience finally know that R+L=J is all well and good, having it be revealed to Jon Snow himself is the next logical step. So when will Jon find out that he's a Targaryen?

The better question as of right now, though, is who honestly knows he's a Targaryen but Bran? And will Bran even make his way back to Winterfell to tell his brother/cousin the truth about his parentage? As usual, Game of Thrones has just raised more questions than answered them, but the hard part of not knowing if R+L=J is true is out of the way now, so at the very least, we can appreciate that small victory.

As much as we all want Jon to find out about his true parentage already (has it really been six seasons in the making?), it honestly isn't the best time for all of that. He's finally been accepted by all Houses in the North and named as King of the North, and Lord of House Stark. Basically, he's more of a Stark kid than he's ever been. Still, that sweet sweet moment when poor Jon Snow finally finds out that he's a Targaryen is going to be nothing short of amazing.