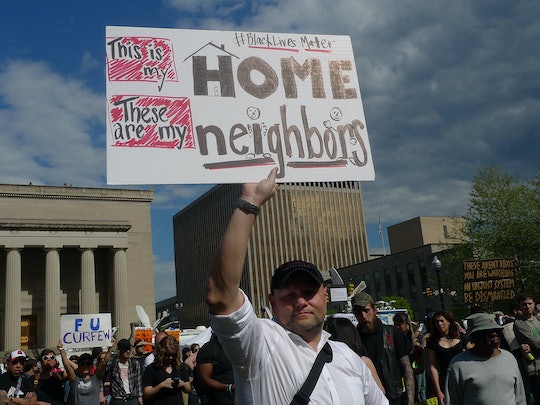 When Will Jurors In The Freddie Gray Case Deliver A Verdict? The Jury Is In Deadlock, Which Means More Delays

The Maryland jury trying Officer William Porter, one of six officers being charged in Freddie Gray's death, was deadlocked after nearly ten hours of deliberation, according to Rawstory. When will jurors in the Gray case reach a verdict? The jury was deadlocked after 10 hours of deliberations Tuesday, and it resumed deliberations Wednesday morning, according to the Baltimore Sun. Still, no verdict had been delivered late afternoon Wednesday.

After the jury became deadlocked, Judge Barry G. Williams of the Baltimore City Circuit Court told the jury, which is majority African-American, "your verdict must be unanimous," according to the New York Times. If the deadlock continues, it could eventually lead to a mistrial, which may in turn affect the cases of the other five officers charged for the death of Gray.

Porter, who's 26, is on trial for involuntary manslaughter, second-degree assault, reckless endangerment, and misconduct. The charges for the other officers range from second-degree murder to misconduct after Gray resisted arrest, was transported in a van, and died a week later. In his testimony, Porter's said Gray told him he needed medical aid, which Porter reported to a superior, yet no action was taken on the request, according to Rawstory. The case presented by the prosecution posited that Porter was negligent for ignoring Gray's request and for failing to secure him properly in the van, according to Rawstory.

Deliberations began Monday, at 2:30pm. Since then the jurors have asked for water, a white board, sticky notes, and clarification about some points of evidence from the judge. While they work their way to a decision, Baltimore has begun preparing itself for the verdict.

Given the deployment of police in full riot gear, it appears that the tense city is expecting the worst. Such a high-profile case is sure to create some kind of backlash, no matter what the verdict. Here's to hoping it's a peaceful one. All in all, the deadlock reveals the difficulty of the emotion-wrought case, and definitely bodes ill for the five to follow.