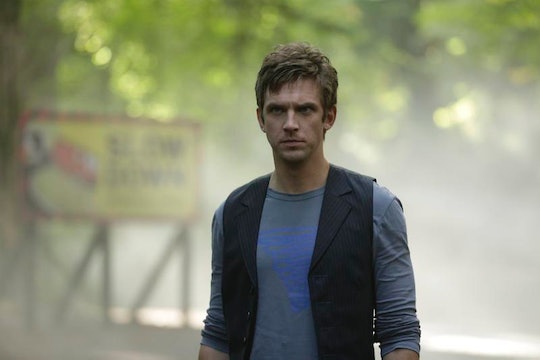 While many are focused in on Netflix's Marvels shows, FX has recently produced one of the best Marvel series to date. The first season of FX's Legion comes to a close on Wednesday, March 29 and fans are already thoroughly hooked and hoping this won't be the end of the series. Thankfully, they have no reason to worry. So when will Legion return for Season 2? There's no premiere date yet, but there will definitely be another season.

FX renewed the comic book-based show earlier this month, according to Variety. The show, which was created and executive produced by Noah Hawley, who's the showrunner of FX's other popular series Fargo, is the first live-action television show based on the X-Men comics. The show stars Beauty and the Beast actor and Downton Abbey alum Dan Stevens as David Haller, a man who believed he was schizophrenic his whole life, only to discover what he thought were symptoms from mental illness were actually manifestations of his mutant superpower. The series also stars Parks & Recreation alum Aubrey Plaza, Fargo actress Rachel Keller, Bill Irwin, Jeremie Harris, Katie Aselton, Jean Smart, and Amber Midthunder.

Though most of Marvel's creations are now under Disney's umbrella, 21st Century Fox continues to hold screen rights to Marvel's X-Men characters. The two companies are actually coming together once again to work on another X-Men live action project that is executively produced by Burn Notice writer Matt Nix, The Hollywood Reporter reports. The untitled project got a pilot order from FOX earlier this year.

The show will reportedly focus on two ordinary parents who discover their children possess mutant powers. The family is then forced to go on the run from a hostile government and discover an underground network of mutants. The family must then learn how to fight to survive.

Legion has received positive feedback ever since it first debuted, so it's no surprise that FOX and Marvel would like to do more shows like this in the future. Whether or not this pilot gets picked up, Legion has definitely set the stage for more X-Men characters to appear on the small screen, much to the delight of fans. Comic book-based shows are definitely in right now and it's about time X-Men got into the mix.

If you haven't seen Legion yet, there's no better time to catch up than now. The whole first season is only eight episodes, the perfect amount to binge watch in one sitting.