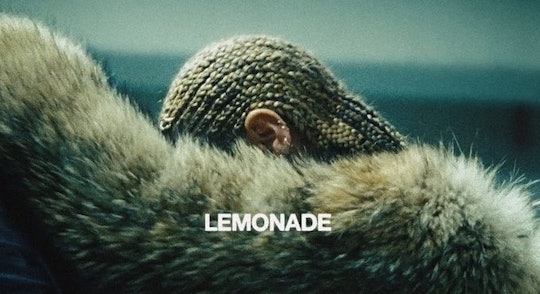 When Will 'Lemonade' Air On HBO Again? It's Bad News For Beyonce Fans

Since last Saturday night, the world has been abuzz about Beyoncé's HBO special and "visual album," Lemonade. Thanks to the fact that the airing coincided with the premieres of Game of Thrones Season 6 and Jurassic World, cable subscribers were able to watch for free thanks to a preview weekend. Lemonade aired Saturday night at 9 p.m. and it ran again on Sunday at 8 p.m. Now fans are wondering when HBO will air Lemonade again. Well, friends, this is why you need to invest in a DVR, because there are no plans for another HBO airing. In fact, it's not even available On Demand, and the preview weekend ended on Monday, so unless fans want to pony up $15 a month, there's no more Lemonade on HBO.

It's a disappointment, to be sure, but not much of a surprise. Beyoncé's not running a charity; she wants to get paid for her work — preferably through her much-maligned husband's streaming service, TIDAL. (Anyone else think it's weird that Jay Z is making money off of an album and film that seem to paint him in a poor light? None of the allegations have been proven, but, still.) But for those who refuse to sign up, no matter what Beyoncé, Kanye, and the late, great Prince say, there are other options (aside from the hundreds of GIFs currently bouncing around on Twitter).

Lemonade is available on iTunes, and, while tracks can be purchased separately for $1.29 each, fans need to purchase the entire album for $17.99 in order to access the film. Let's be honest, though, anyone who's interested in the film probably wants all 12 music tracks, anyway, and two and a half bucks for an hour-long film really isn't that bad.

For those who refuse to conform to today's streaming society, there's also an actual CD and DVD of Lemonade available on Amazon (and presumably your local CD store, if those still exist). The bad news is that fans will have to wait until May 6 to get their paws on the physical album. That's what happens when you don't keep up with the times, I suppose. Lemonade is not available on vinyl (real missed opportunity there, as Record Store Day 2016 just passed), but there's always next year. Then again, the overlap of the Venn diagram containing Beyoncé fans and vinyl enthusiasts is probably nearly nonexistent. (But I could be wrong!)

So what's the lesson here (other than "Beyoncé wants to get paid")? Get a DVR! Get one before the next premium channel preview weekend. Record everything they air, all weekend long, and watch the recordings at leisure, even once the channel is gone. Either that, or pony up the $18 for the album. I mean, you do you.