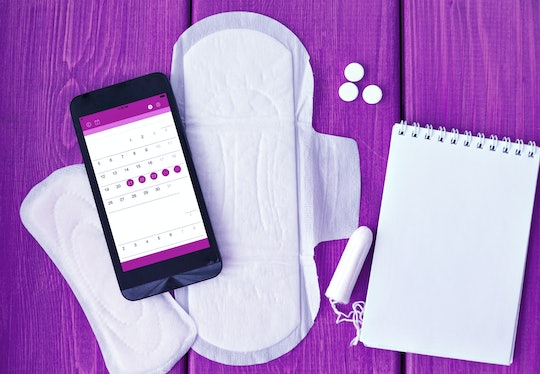 Here’s When Your Period Returns After Having A Baby

I'm just going to be honest — one of the best parts of pregnancy is not having to deal with a your period for nine months (aside from, you know, the baby). That being said, all good things must come to an end and once you give birth, you're probably asking yourself "when will my period come back after having a baby." It's an important question to ask, however, the answer is certainly not cut and dry.

The return of your monthly flow, like most aspects of womanhood, will look differently from woman to woman. But there are a few ways to predict around when your cycle will resume normally. According to Baby Center, the main factors that control when your period will return after giving birth are whether and how much you're breastfeeding.

According to La Leche League International (LLLI,) lactation has somewhat of a contraceptive affect that will delay your fertility for a window of time. That window, however, is very dependent upon a few specific factors. LLLI noted that "fully breastfeeding" your baby should delay the return of your period for at least six months, with fully breastfeeding defined as follows:

Fully breastfeeding means the baby relies completely on mother for nourishment and for all of his sucking needs. Your baby's frequent nursing inhibits the release of hormones that cause your body to begin the monthly preparation for a new pregnancy. Ovulation does not take place and you do not have menstrual periods.

If you're fully (or exclusively) breastfeeding, you'll feed your baby every few hours around the clock with no outside foods for baby or supplements like formula or water.

However, once you stop exclusively breastfeeding, supplement with formula, give your baby solids, or stop breastfeeding altogether, there's nothing stopping your regular cycle from resuming.

It's also worth noting that breastfeeding shouldn't be your only method of contraception if you're hoping to avoid a pregnancy for some time, even if your period hasn't returned yet. Baby Center noted that many women can nurse their baby around the clock and get their period back a few months or weeks after giving birth. The same Baby Center piece noted that non-breastfeeding moms can expect to start their period one to three months after giving birth.

Much like pregnancy and the postpartum period in general, no two women are the same and you can't expect to predict when exactly your period will start after giving birth. However, knowing a bit more about lactation and its effect on your cycle can give you a rough idea of when things will get back to normal.