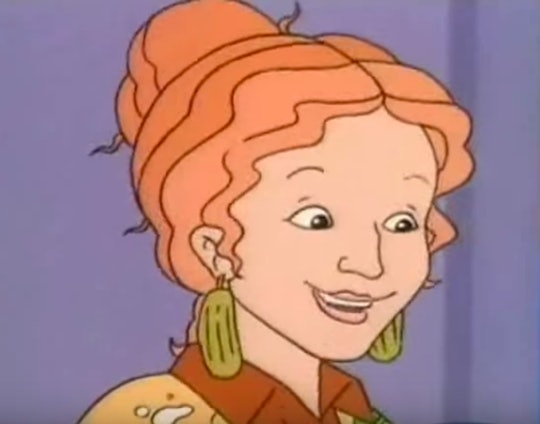 New 'Magic School Bus' Episodes Are On Their Way

The Magic School Bus was one of those beloved shows that seems to stick out from the childhoods of many adults and parents. Ms. Frizzle's fun outfits and bright red hair, the lovable characters, and the incredibly educational lessons taught within each episode made it easy for kids from all walks of life to love. Now, parents will be able to re-introduce the show to their own children with an exciting new reboot, according to streaming service Netflix. So when will new episodes of Magic School Bus air?

Three years ago, in June 2014, Netflix ordered 26 half-hour episodes of a new series based on Magic School Bus called Magic School Bus 360°, according to The New York Times, and expected the episodes to start airing in 2016. But 2016 has come and gone — and Netflix subscribers have not yet been able to binge on the episodes. So when will those new episodes final make their debut? Fans of the old series looking to introduce the new one to their children or enjoy watching the new episodes for themselves might have to wait just a little bit longer for the series to finally come to Netflix. According to The New York Daily News, one of the show's producers, Stu Stone, told TMZ that production for the series has just started.

But people shouldn't hold their breath for a release date right this minute. Stone, who voiced the character Ralphie on the original show, told TMZ:

You wouldn't believe it, but the Magic School Bus is a huge secrecy — top secret thing going on right now. Even when I went down there, to visit my old classmates, they were very "shhhhh." It's a very top secret field trip that Ms. Frizzle is taking the kids on.

So until the secrecy is no longer, fans will know for sure when the new episodes will air. But according to Stone, viewers will have a lot to look forward to once the series release date is announced and Netflix airs the new episodes. Stone added,

Just like the original series, whenever Ms. Frizzle had friends they were usually voiced by celebrities and there were always cameos in the original series. And this will be no different. There are tons of cameos planned, I know that there are big stars that want to be involved in this.

Stone told TMZ that in addition to celebrity voice cameos, there will be cameos from old characters who will go to visit the new class. Netflix is reportedly "going all out" for this series: According to The New York Times, the new show will also feature an updated bus and newer scientific tools.

This is not the first series from the '90s that Netflix has decided to reboot. Fuller House, a sequel to the beloved series Full House, is already in its second season with another on the way. Bill Nye — the scientist from the 1993 educational television show Bill Nye The Science Guy — has his own Netflix show, Bill Nye Saves The World, that is set to air this spring.

While there might not be a set release date just yet for the new series, know that when Netflix brings back beloved shows, like Full House they do a great job, and The Magic School Bus will likely be no different.