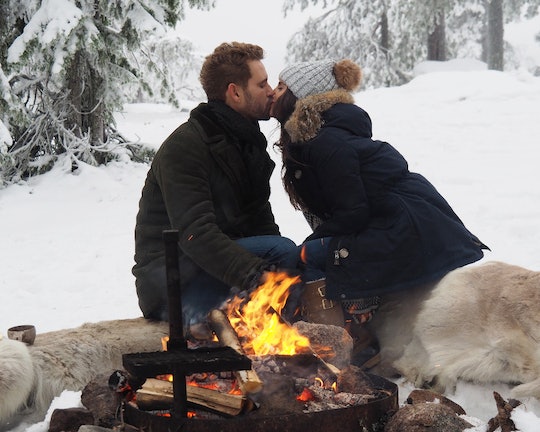 Nick & Vanessa Have Some Major Planning To Do

With Monday's finale, another season of The Bachelor has come to a close. Nick Viall finally broke his runner-up curse and was granted a happy ending. No, we're not talking about Dancing With The Stars...yet. Having gone from 30 women down to two, he made the tough choice between Vanessa and Raven. He ultimately went with Vanessa, and proposed to her after a long, long seven weeks of dating. But will their engagement be just as short? When will The Bachelor's Nick and Vanessa get married? Fans were eager to find out what their plans are on After the Final Rose.

As is typical on After the Final Rose, Chris Harrison brought out Vanessa to talk about how she's been doing in recent months. Since Nick's proposal, which was around last November, she's basically had to be in hiding and not be around Nick, especially in public. She said their relationship was long distance to begin with – between Montreal and Los Angeles – so there was a lot of FaceTime. Despite this, when they were together, Vanessa said "it felt natural." When Chris brought Nick out, he singed similar praises for Vanessa. Then came the tough question: when is the wedding actually going to happen?

Surprisingly, Nick and Vanessa didn't seem too enthused by Chris Harrison's grilling (I mean, who would be). When asked when they'll be getting married, Vanessa said they're "taking baby steps." Not only that, but they're "getting to know each other" and "optimistic about the future." That sounds like a job interview or something, but fair after getting engaged after a whopping two months of dating.

That's not the only question Nick and Vanessa had to face: what country will the wedding take place in? Vanessa made a huge deal about having close ties to Montreal between her family and her job – would she be willing to cross the border to get married, or to live? Nick implied, though, that the wedding will probably happen in the states. So while the couple was vague about most of the details Chris Harrison tried to pry out of them, we were left knowing a little more. The two will not get married right away, and it's likely that Vanessa will move. Will Nick and Vanessa actually go through with their engagement? That is uncertain – but knowing Bachelor Nation, we'll definitely be in the know of any updates.