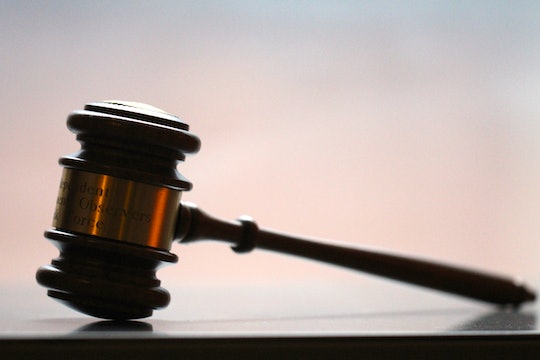 When Will Owen Labrie Get Out of Jail? He Was Denied Bail After Breaking Curfew

Twenty-year-old Owen Labrie was denied bail on Friday after violating the conditions of his bail, according to NECN. So when will Owen Labrie get out of jail? After being taken out of the court Friday in handcuffs, he began serving his one-year sentence.

Labrie had previously been free on $15,000 bail and living with his mother in Vermont, according to The Guardian. He was subject to several restrictions, including a curfew from 5 p.m. to 8 a.m, which he allegedly violated seven times, according to Boston.com. Labrie had been granted bail pending his appeal, which his lawyers filed for in November, according to WMUR. And yet, prosecutors investigated Labrie's adherence to his bail conditions after Labrie granted a Vice writer an interview while traveling to Boston.

Labrie, a St. Paul's School prep student who was on his way to Harvard, was originally convicted in August of misdemeanor sex assault charges, according to CBS, as well as a felony charge for using a computer to lure in an underage student. Labrie was sentenced to one year in jail, five years' probation, and lifetime registration as a sex offender after allegedly having non-consensual sex with a 15-year-old student. Boston.com originally reported that Labrie could be out of jail in approximately eight months on good behavior.

According to The Concord Monitor, the victim of Labrie's alleged assault spoke to the court in a pre-recorded video when he was first on trial, saying, "What he did to me made me feel like I didn’t belong on this planet. And that I would be better off dead than have to deal with the terrible things that every day were thrown in my direction, after doing the right thing. It’s terrible to say, but I know why people don’t come forward."

Since the trial, Labrie's admission to Harvard was rescinded, according to ABC, and to this day, Labrie maintains his innocence. Labrie's attorney, Jaye Rancourt, said Labrie's curfew violations were part of his pursuit of an educational program, according to The Guardian. "He chose wrongly, admittedly, to try to fly under the radar," Rancourt said in court. "He’s sorry."

That, however, was not enough for Merrimack Superior Court Judge Larry Smukler, who revoked Labrie's bail and sentenced him to begin his year in jail immediately. "You made the decision," he told Labrie, according to The Boston Globe. Labrie left in handcuffs.

It's a decision that lost Labrie his chance at continued bail.