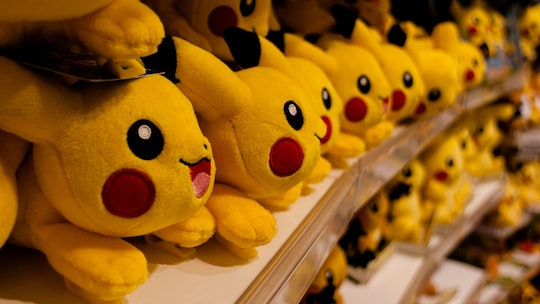 When Will Pokemon GO Launch Worldwide? Pokemon Hunters Are Getting Pretty Anxious

It’s been a little over a week since the launch of Pokémon GO, the augmented-reality mobile game that allows users to “catch” Pokémon in real-life locations, and by all accounts the app has been a massive success. The game is already a runaway hit in the United States, Australia, and New Zealand. And it was so popular early on that the game-makers at Niantic struggled to keep their servers online, according to The Verge. But enthusiasts wondering when Pokémon GO will launch worldwide might be a bit disappointed. The game’s surprise success has actually slowed down plans for a worldwide launch, The Verge reported, as developers work out the kinks to get the games in the hands of fans across the globe. Really, it’s enough to make a would-be Pokémon hunter go nuts. And some fans are passing the time by coming up with their own (pretty hilarious) DIY renditions of the mobile sensation.

More Like This
Josh Duggar's Family Has Spoken Out As He Faces Child Pornography Charges
When Is Memorial Day This Year?
1998’s ‘Stepmom’ Is A Nearly Perfect Movie And I’m Watching It On Stepmother’s Day
These 20 Facts About Prince George Are Actually Fascinating

Parent company Nintendo has every reason to get going on a global launch. According to the Wall Street Journal, the game’s unexpected popularity has brought an additional $9 billion in market value to Nintendo and boosted the company’s capital by as much as $28 billion over the past week.

But Nintendo isn’t the only company with a say in when the game will launch. The WSJ reported that the app is actually a joint venture between The Pokémon Company (of which Nintendo makes up about one-third) and Google-backed Niantic. And with so much investment at stake, the official word from the company is that a worldwide launch could take some time. In a CNN report issued earlier this week, a rep for The Pokémon Company refused to comment on plans for an international rollout. Still, that hasn’t stopped the rumors from circulating. And the good news is that, according to insiders interviewed by the Wall Street Journal, Pokémon GO could launch in Europe, Japan, and other parts of Asia in “just a few days.”

In the meantime, Pokémon hunters are getting anxious. Some Canadians are making their own game substituted using the magic of painting apps and their own ingenuity.

Some fans in other countries have found some pretty clever ways to download Pokémon GO outside the U.S. or Australia, but others have resorted to playing look-a-like or clone apps to pass the time, according to CNN. A game called Go Catch ‘Em All is currently tops on the Canadian iTunes charts, CNN reported, and another called City Spirit GO is keeping fans in China entertained.

So, there’s no official word on when the tremendously popular mobile app will be available outside the original launch countries. But if the breakout success of the game (and the ever-swirling rumor mill) is any indication, that will definitely change soon.