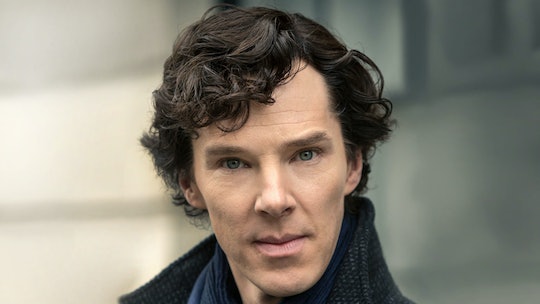 Warning: this post contains Sherlock Season 4 spoilers! Has it really been three weeks already? Just as fast as the fourth season of Sherlock kicked off, it's now come to a crashing halt once again, except this time viewers are more uncertain than ever if Benedict Cumberbatch will ever don that deerstalker hat again. The final episode definitely had a series finale feel to it, which may have made many of you worried about the fate of the show moving forward. So when will Sherlock Season 5 premiere? The truth of the matter is that it may never happen. The show has yet to be renewed for a fifth season and if the actors are unable to fit it into their schedules, there's a chance it may never return to us.

At the start of the show, Cumberbatch and Martin Freeman, who play internationally acclaimed detective and sidekick duo, respectively, were a lot less well known back then and therefore had a more flexible schedule to work with. But as the show gained in popularity, so too did they, and it's made life somewhat difficult when it comes to finding time to film the series that helped skyrocket them to fame. But given how much both actors love the show, they've worked hard to make it possible over these last few years. But will that be the case even now? Luckily, there are a few clues that help hint that Sherlock may not be as over as some fear. For example...

The Showrunners Haven't Given Up On The Idea

During a recent interview with Entertainment Weekly, showrunner Steven Moffat admitted that while Season 4 had a sort of finality to it, that doesn't necessarily mean it's the end of the show forever. In fact, he thinks it would be very easy to pick up where they left off. "If we want to come back and solve more crimes we can do it," he stated. "That’s no problem." So the idea of returning certainly hasn't been ruled out. It just gives the cast some options.

Sherlock & Watson Are Reunited At The End

One of the main reasons I think Season 4 was able to focus so heavily on character development rather than case-solving was because Watson was now a married man and no longer as available to help his friend out as constantly as before. But now that he is back to being single (RIP Mary), a follow up season could return to focusing on what made this show so great in the first place: the detective work itself. If either of them had died by the end, there would be no hope of a continuation whatsoever. But since that's not the case, anything is possible.

The Cast Love The Show As Much As We Do

All you have to do is look at past interviews or tweets to know how much everyone on Sherlock loves and cares for the show. They enjoy filming together and it's what has made the show be able to carry on for so long as it is. And since their feelings haven't changed, I feel like it wouldn't take too much convincing to get them back together again.

So don't fret, Sherlock fans. The show could still go on — it just may take a few more years of waiting for it to happen. But in the end, I think we can all agree it's worth the effort.