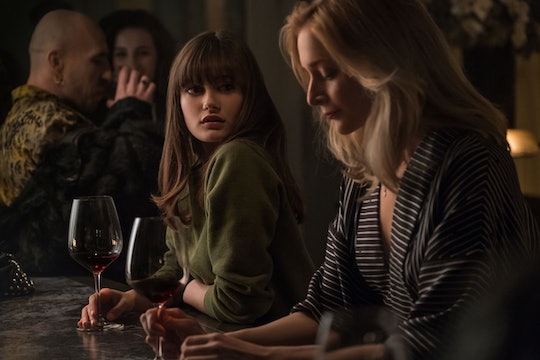 Will 'Sweetbitter' Season 1 Be On Netflix Soon?

Sweetbitter's first season has come to an end on Starz, and right now there is no word on whether or not the series will be getting a second. After the season one finale, many fans may be wondering when will Sweetbitter be on Netflix -- but, unfortunately, they may be waiting a long time for that to happen. As of right now, most Starz shows aren't available on the streaming service. That's probably because Starz has it's own OnDemand subscription streaming service, which is available via the app on iTunes, but also on the Amazon Fire Stick, Google Play, and Roku.

Starz has a number of heavy-hitting original series' at the moment, and after a quick search on Netflix it was clear that they weren't available. For example, hit shows like Outlander, American Gods, Vida, The White Princess, and The Girlfriend Experience couldn't be found on Netflix. However, they are all available on Starz's OnDemand service. Some of the original shows are available on Amazon Prime video, but unfortunately Sweetbitter has yet to be added to their library of shows to stream.

The good news? You can easily sign up for a free 7-day trial of Starz OnDemand, which will allow you plenty of time to watch Sweetbitter's six 30-minute episodes. If you find yourself smitten with the service, subscriptions reportedly start at approximately $8.99/month, according to The Verge.

For those of you who missed the Sweetbitter finale, well... you missed a lot. To start, Tess finally took her written exam to become a back waiter at the high-end New York City restaurant she's been training at. That same night she's put on the dinner floor to prove whether or not she can handle the duties of a back waiter, but things come crashing down -- literally -- after Tess suffers a nasty fall in the middle of the dinner rush.

To add to that, Will, her mentor, is upset with her, her friend, Sasha, is in the hospital after a near-death incident, and both Simone and Jake are back from The Cape. Tensions between Jake and Simone are palpable, to put it lightly, which causes Tess to be extremely distracted. Tired of being played by everyone around her, Tess calls out Jake for playing games with her -- and that's when he drops a major revelation on her about Simone. I won't spoil it all for you, but it's pretty shocking and even takes Tess for a loop.

Unfortunately the 6-episode season came to a halting end without specific answers to the Tess/Jake/Simone triangle of doom, and it's still up in the air whether or not Tess can handle the back waiter job even after she's given her stripes. Plus, there are other questions like, what about her relationship with Will? Is Sasha going to be able to come back? Are any of these people even really her friends? Sweetbitter hasn't been given a second season yet, but (hopefully) it is because there is a lot of quality story telling to be done!

If you're in desperate need of more Tess, more Baby Monster, more Sasha, Jake, Simone, Howard, etc., you can always read the novel while awaiting news of a second season. It was written by Stephanie Danler and is loosely based on her own personal experience working at a restaurant in New York City, though she's clarified that most characters (like Jake and Simone) are pure fiction. Sweetbitter the novel was released in 2016 and is available just about everywhere, including via audiobook on Audible and Google Play.

Happy reading! Or listening... whatever floats your ear boats.