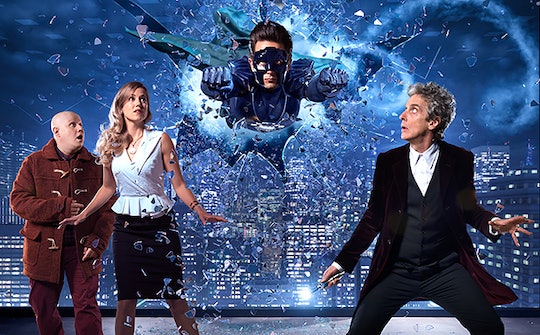 The 'Doctor Who' Christmas Special Is A Must-See

Though Doctor Who used to be on Netflix, the popular show was removed earlier this year. However, all of your favorite episodes of the iconic Time Lord and his many adventures can now be found on Amazon Prime. Although the latest Christmas special, The Return of Doctor Mysterio, isn't on Prime just yet, there's no doubt it'll be added there soon. However, if you can't wait that long, you can sign in with a cable provider on BBC America and watch the special online there. The episode will be available on the site for the next 28 days. For those without cable, there's still a few other options that'll get you access to the big event.

The Return of Doctor Mysterio is available for purchase on iTunes with a season pass that only costs $4.99, so if you got an iTunes gift card for the holidays, this is a great way to spend it. If you'd rather watch the special on a big screen Fathom Events is also hosting a special two-night event, screening the Christmas special in theaters nationwide on Dec. 27 and Dec. 29. An added benefit of seeing the special in theaters is there will be two additional and exclusive bonus features at the end of the episode.

With all these options at your disposal, there's no reason to miss out on the latest Doctor Who Christmas production. From what I hear, it's one you won't want to miss, especially because it's been a year since any Doctor Who episodes have aired.

So make sure to check out The Return of Doctor Mysterio, sooner rather than later. You don't want to be spoiled!