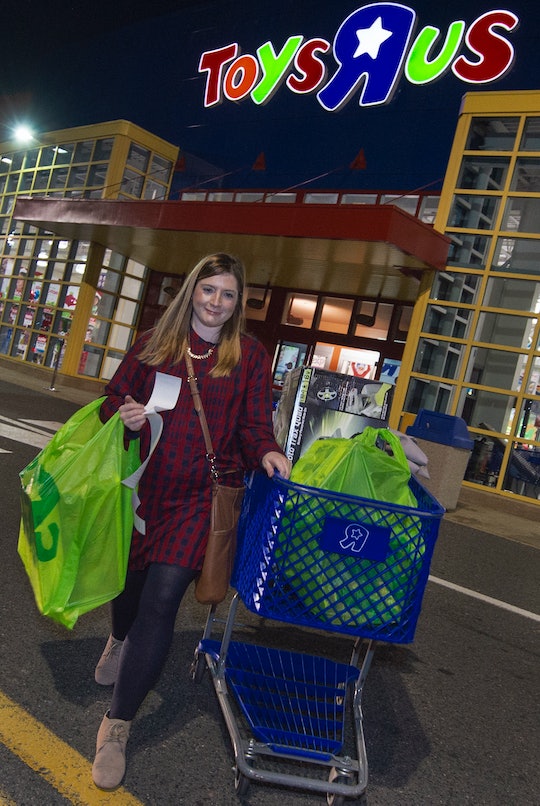 When Will Toys R Us Get More Hatchimals? The Toys Have Sold Out Everywhere

Remember when Furbies were a thing? For a year, they were definitely the hot "it" gift of the holiday season, and every single kid on the block wanted one (I may or may not have been one of those kids). This year, the toy children seem to be clamoring for is like a hopped-up, modern Furby — the Hatchimal — and as many a frustrated parent can attest, they're seemingly sold out everywhere. So when will Toys R Us get more Hatchimals? Will you be able to cross that item off your holiday shopping list, or are you going to have to do some creative explaining about elves' limited supplies come Christmas morning?

According to ABC News, Toys R Us stores will continue to receive Hatchimal shipments throughout the holidays. Unlike the nationwide release of Hatchimals that Toys R Us debuted on Sunday, however, the new shipments of the hatching, robotic pets will be released on a store-by-store basis. A spokesperson for the company recommended calling Toys R Us stores ahead of time to check their stock of Hatchimals.

Toys R Us, Target, and Hatchimals have already caught plenty of undue flack for the sold-out toys. "The consumer response to Hatchimals has been extraordinary, exceeding all expectations," a pop-up message on the Hatchimals website reads. "This is a special season and we don’t want anyone to be disappointed, nor do we support inflated prices from non-authorized resellers."

Plenty of third-party resellers have chosen to take advantage of the low number of Hatchimals out there on store shelves. Some resellers have priced the toy at over $300, according to The Washington Post, when it usually goes for $69.99 at Toys R Us. Others have doubled and tripled the toy's price on eBay.

Unfortunately, Hatchimals is expecting any toys it releases to retailers in December to sell out quickly as well. The company has increased production, though, and promises to have "a whole new batch of Hatchimals will be ready to hatch in early 2017." In the meantime, they've created a holiday-themed page for children that allows them to play Hatchimal-themed games, generate names for their Hatchimals, and "get updates from Santa."

As for parents? Keep calling your local toy stores to check inventory, and perhaps start planting subtle suggestions to your kids that they'll receive Hatchimals for their birthdays, instead. Hopefully by then, the Hatchimal craze will have died down and you can avoid the Black Friday-esque lines in order to pick one up.