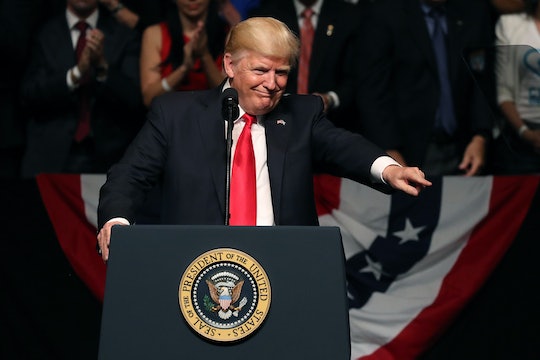 When Will The Cuba Travel Restriction Take Effect?

On Friday, President Donald Trump prepared to roll back some of former President Barack Obama's historic policy changes regarding travel and trade with Cuba. The new restrictions will make it more difficult to travel to or to do business with the island nation. When will Trump's Cuba travel restriction take effect? Obama's new policies had been set to go into effect July 1, but the date Trump's travel restriction will be implemented is still unclear.

NPR reported that the policy changes won't take effect immediately, so Americans who have plans to travel to Cuba in the near future won't be affected. But when the new regulations are drafted by the Treasury and Commerce departments, it's only a matter of time.

According to the Miami Herald, Josefina Vidal, Cuba’s chief negotiator in discussions with the United States, said recently that the combined total of visits by Cuban Americans and other travelers from the United States to Cuba in 2016 was 614,433, resulting in a 34 percent increase. "The trips were made easier," NPR reported, "by the resumption of scheduled commercial air service from the U.S. for the first time in decades."

So how will Trump's Cuba travel restriction impact tourists, and when will it take effect?

In his speech in Miami, the Los Angeles Times reported that Trump said Cuban leaders were profiting from better relations with Washington and the United States, but regular Cuban citizens continue to be oppressed. Trump reportedly said:

The previous administration's easing of restrictions on travel and trade does not help the Cuban people, they only enrich the Cuban regime.

As a result of the Trump's policy changes, the ways U.S. citizens can travel to Cuba will be restricted, according to the Los Angeles Times. It will also block business deals by American companies that might boost revenue to the Cuban military.

NPR reported that, technically, travel to Cuba from the U.S. is still usually limited to 12 authorized categories, like educational activity, humanitarian projects, and support for the Cuban people, by law. However, the Obama administration eased those restrictions by letting visitors declare their reason for going, with few questions asked.

Under the new Trump policy regarding travel restrictions, greater documentation will be required. Any travelers seeking "people-to-people" contact, according to NPR, will need to sign up with an organized tour group to go to the island.

And the impact of the restrictions on tourism is far-reaching. NPR reported that the new policy would also prohibit most commercial transactions that allow funds to flow to the Cuban military. That could be a very big problem, because the outlet reported that the military "touches almost every corner of the Cuban economy. Many of the big hotels in Havana, for example, would be off-limits to American visitors."

In other words, you want to check your hotel reservations if you have a trip to Cuba planned in the near future.

According to CNBC, even though Trump said he was "canceling" Obama's policies, a document published by the Treasury's Office of Foreign Assets Control made it clear that the changes announced Friday will not take effect until new regulations are provided.

And the Star Tribune reported that a presidential memorandum gives the government 90 days before it even begins to rewrite Cuba travel regulations. That means it could be several months before it's clear what the change could even mean for American travelers, and then months after that before the policy is actually enacted.

However, as the publication noted, news of the change will likely have an effect on travel to Cuba before that. People who have not fully planned a trip, but generally thought of traveling to the island, might reconsider as a result of the changes.

So it's unclear exactly when new restrictions on travel will take effect. But the effects of the revised policy are sure to be felt by travelers from the United States and the people of Cuba very soon.