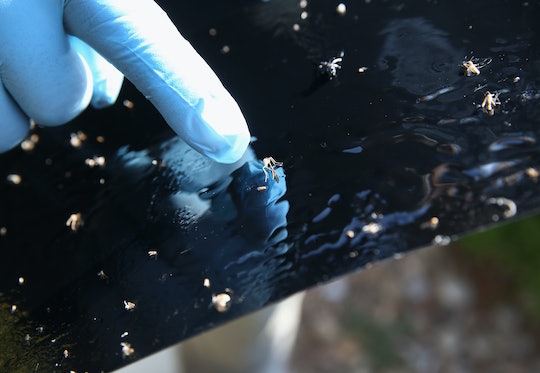 When Will Zika Mosquitos Get To The US? They Are The Main Carrier Of The Virus

Every summer, mosquitos are a nuisance across the continental United States. This summer, local governments and federal organizations will be working together on a concerted effort to stem their spread. Mosquitos, specifically the Aedes aegypti mosquito, is the main carrier of the Zika virus. That species of mosquito have spread Zika in epidemic-levels across the tropical and sub-tropical regions of South America, Latin America, and the Caribbean. As temperatures rise in the United States, the Aedes aegypti population is expected to grow and thrive. But when will Zika mosquitos get to the US?

Aedes aegypti mosquitos are most common in the southern United States, particularly the Gulf Coast states, but they have been spotted as far north as New York and as far west as San Francisco; so people everywhere, especially pregnant women, need to be alert come summer. The Centers for Disease Control has confirmed that contracting the Zika virus during pregnancy can cause severe birth defects, including the life-threatening condition known as microcephaly. While it is known that the most dangerous time for a woman to be bitten by a Zika-carrying mosquito is during her first trimester, the disease is difficult to study given its proclivity for mutation and relatively mild symptoms. For people who do not have a weakened immune system or are pregnant, the Zika virus can appear like a common flu.

As of now, there are no confirmed cases of local Zika transmission in the United States. Travelers have only brought the disease back from travels to Zika-affected countries. That is still the biggest risk. Though it seems like a lot of factors have to align for an epidemic to jumpstart in the United States, it's actually likely given the prevalence of this type of mosquitos and the fairly regular travel between the U.S. and Latin and South America. Additionally, the lack of concerted response from the U.S. government to prepare for the threat will only make it more difficult to stop a spread once one starts.

Without a Zika vaccine, the best protection this mosquito season is insect repellent and mosquito nets. The CDC recommends that pregnant women wear long sleeves and pants outdoors and use condoms, as the disease can be spread sexually.