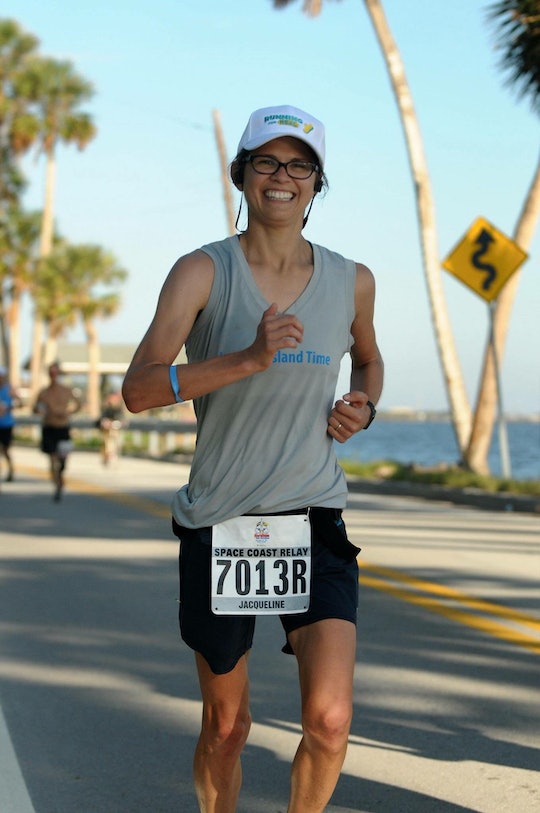 Obviously, I Know You Have To Have Sex To Get Pregnant, But...

Jackie and her husband have been trying since late 2016. She suffers from hypothalamic amenorrhea, and this is the second installment of her Trying diary. To read the first, go here.

I came to with the phlebotomist and the front-desk employee patting me with wet towels. “I’m sorry, I guess I fainted?” was the only thing I could say. “Yeah, it’s OK,” the phlebotomist said. “You need to come in earlier next time. You’re too little to be fasting that long.”

Too little. That’s the root of my problems. But getting bigger is so much harder than one could imagine.

Ahead of going back to the reproductive endocrinologist (RE), I wanted to see where I was hormonally and with my anemia. I didn’t know if I could get my primary care doctor or OB/GYN to call for lab work, so I went online and ordered a battery of tests to find out on my own.

The problem with buying tests off the shelf is you tend to get things that a doctor wouldn’t necessarily order. For example, the “female hormone panel” included tests for DHEA and insulin along with testosterone — indicators of polycystic ovarian syndrome (PCOS), which I am almost certain not to have. I didn’t mind getting my insulin tested, however, as diabetes is the big bad wolf creeping behind every sugar and carb binge.

Insulin testing, of course, requires a fast of 10 to 12 hours. That’s fine, I thought, I won’t die if I skip breakfast and get my blood drawn at noon — the earliest appointment I could get in test-happy, geriatric southwest Florida.

I knew things weren’t going to go well that morning. I woke up at my usual time just before 7 a.m. a little hungry. No big deal, I’ll just have some coffee — decaf — and chew a little gum. I went for a walk instead of my morning run, partially to get my mind off being hungry, but of course it only revved up my metabolism.

A little chewing gum became a pack and then I panicked when Dr. Google told me chewing gum could affect my blood work, too. It wasn't until 12:45 p.m. that I was called into the drawing room. The phelbotomist prepped one, two, three... nine! vials.

“Just so you know, needles make me nervous,” I told her. But I declined the offer to lie down. She took out a smaller needle to make it easier for me, but a smaller needle meant the vampire would be extracting life from me for much longer. I was tensing up, feeling off. “Is that the last one?” I asked as that starry vision you get when you stand up too fast started to come on.

“One large one and a little one,” she said. I could tell she just wanted to get this done. The last thing I heard was good job. Then it all went dark.

I wasn’t necessarily surprised when the first of my tests came back, but that didn’t mean I wasn’t disappointed. My LH — the primary marker of hypothalamic amenorrhea — was still next to nil, though I wanted it to rise. But my FSH levels had improved substantially to normal levels, albeit on the lower side of normal.

I have tried to fool myself, and those I love, with a pseudo-recovery, but my body has not taken the bait.

What does that mean? I’ve still got a long way to go on my journey to getting my period back. My half-hearted efforts to curtail exercise are insufficient, and while I am eating a lot more and not letting my eating disorder tendencies get the best of me, my body still feels like it is in deficit.

So right now I am stuck in no-man’s land. My training stinks because I’ve gained weight and avoided any intensive speed work, and I am not close to getting my period back naturally. I have tried to fool myself, and those I love, with a pseudo-recovery, but my body has not taken the bait.

How much do you want it? A baby, yes, but also your hormones and your bone density and your sex drive back? Or would you rather just keep grinding on to some vague goal? I want both. I want to be able to run marathons and cycle and feel good and fertile and sexy. Right now I feel none of the above. I just feel bitter and envious of those who do that.

Stress. It’s the bane of every woman’s existence. But when you are dealing with fertility issues, everyone thinks they have the answer to your issues and usually it is some variation of “just relax.”

Just relax, if you don’t think about it, it will come.

Just relax and eat and your period will come back.

Dude, all of this "just relax" crap isn’t helping me relax.

While most of my sex hormones are still in the tank, one result that was sort of surprising was a high reading of DHEA-S. This hormone, from my understanding, is a pre-cursor to producing hormones like estrogen and testosterone. But it’s also produced by the adrenal glands, and can spike when the body is feeling stressed. They are often a sign, along with high testosterone, of PCOS. But I don’t have PCOS.

So my thoughts automatically turn to stress, and whether it is really setting me back in my fertility journey. There are the obvious effects of stress on hypothalamic amenorrhea (HA); mainly that it doesn’t let the hypothalamus get out of “survival mode” and start producing sex hormones. But stress is also an insidious excuse to avoid sex, to deal with my body-image issues, to be "open to being close,” as JP says.

I know, obviously, you have to have sex to get pregnant.

I knew I would get to the sex piece of this, as much as I wanted to avoid it.

Going back to California, sex has been an emotionally and physically stressful experience. Physically, my libido has been in the gutter (not surprising when you are not producing any estrogen) and the lack of estrogen also has degraded my insides to the point where the experience is excruciatingly painful. I just want it to be over.

The physical pain has also translated into mental and emotional pain. When JP used to go away for long periods of time, I would cry and pine for the day when we could be reunited physically. But after all of the "here today, gone another" semi-abandonment, I developed a protective shell of self-reliance. My husband's returns became stressful as we re-acquainted ourselves with all of the little quirks and annoyances and judgments. He made comments about my frail body and I just couldn’t stand to see myself naked anyway, so why would I want to get naked in front of him?

This hurt JP, and I knew it. But I was hurting, feeling dragged around, and in some ways, withholding sex was a form of punishment and control when I felt out of control with our shared life.

Now all of that stress has become one total mindf*ck. I know, obviously, you have to have sex to get pregnant. But the pain and awkwardness and performance anxiety makes getting in the mood next to impossible. I blame the HA for some of it, but I know I am also using it as an excuse to deal with my intimacy issues.

I have to get comfortable with my body, whatever it looks like, and generate more self-love as a start. But I also know we have to work on our emotional intimacy and support, which JP is less than convinced is an issue. The fertility recovery process is time for us to reconnect, but unlike HA, I’m not exactly sure how to diagnose the problem.

My appointment with my OB/GYN felt like a replay of my first appointment with him a year ago. Same weight (10 days and 100 miles of hiking on vacation wiped out the weight I had put on in recent weeks), same blood pressure, same response to “date of your last period?”

“That’s the problem. I haven’t had one in over a year.”

I don’t know what I was hoping for. Maybe to talk about next steps, experimentation with bioidentical hormones, the extended clomid protocol, or some other more aggressive ways to jumpstart my cycles so I can maybe start ovulating and maybe get this baby show on the road. Maybe.

Nope. Just more tests of the same reproductive hormones he tested a year ago.

Another try at clomid. He thinks maybe he didn’t give me a high enough dose.

Another diagnosis of hypothalamic amenorrhea.

Another “You don’t have enough body fat on you to signal a period.”

Another “But we should be able to get you ovulating.”

Another “If it’s going to work, it will work in six months.” He didn’t give me six months last time before bouncing me to the specialist’s door.

Another tearful drive home feeling broken and hopeless. But this time I was alone. JP was at work.

The doctor is a nice guy. I honestly believe him when he says he thinks I can keep up my athletic pursuits and get my period going. He says if you are in energy balance, things may just need a push in the right direction.

But I can’t help but feeling like I’m spinning my wheels.

I really don’t want to go back to the reproductive endocrinologist, because that means injectables, constant monitoring, getting yelled at, and no exercise. I want this to work so badly. Everyone says clomid sucks, but it’s got to be better than stabbing myself every day and regular medical probing of my vagina.

So it’s another trip to the drawing station. Another week of waiting for results. Another appointment to go over the results, and another prescription.

But I’m hoping it’s not another three weeks of wasted time. Maybe going for blood work "fed versus fasted" and after a nice vacation will show better hormone levels. Maybe my body is closer to cycling than I think. Maybe.

I’m a runner, but I don’t like track workouts because I hate going in circles. But this time, I hope I can make my peace with it, slow down, and let my body find a cycle.