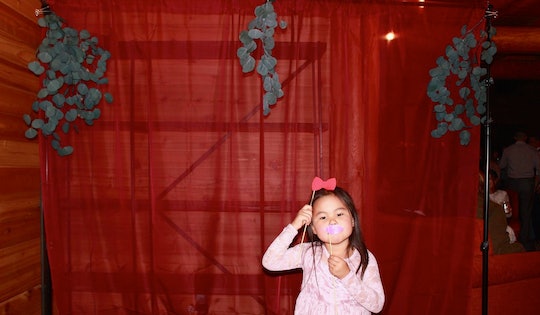 I Only Adopted One Of The Siblings

Is our open adoption helping or hurting?

When my daughter was born, her other mama and I stayed in the same hospital room with her for several hours. I held her, and when she cried, I handed her back to her other mama to breastfeed. Passing that little one back and forth, the two of us talked about our hopes for her future and our plans for navigating our relationships in the days, months, and years to come.

You see, my daughter is adopted. Her other mama gave birth to her, but 24 hours later I was the one who left the hospital with her.

We hadn’t known each other very long. In fact, it was just a week prior that I had been introduced to her by a coworker who’d known her most her life. I hadn’t been planning on adopting a newborn. In fact, I was in the process of getting my foster-care license, with the intention of fostering tweens and teens. But when she asked if I would take the little girl she was carrying, the pieces just fell together. And a week later, there I was in that hospital room.

We planned on doing everything “right.” This would be an open adoption. There was never any doubt that my daughter’s other mama loved her. It was just that for reasons all her own, she knew she couldn’t keep her. I never had any intention of severing that bond, though. We would stay in touch. We would see each other whenever possible. And I would send updates and photos as frequently as she liked.

Our daughter would always know she had two families who loved her.

These kiddos are my daughter’s siblings, which means, of course, that I instantly fell in love with them.

Shortly after she was released from the hospital, my daughter’s other mama got on a plane to travel back home, which for her was a remote Alaskan village with no roads in or out. Visiting there wasn’t especially pragmatic with a newborn (it’s an 80-person village with no hotels, and flying in requires travel on a small and expensive plane), but over the next year she made the trip back to see us three times. Her oldest son joined her on all three of those visits, and her two other daughters came on the third.

These kiddos are my daughter’s siblings, which means, of course, that I instantly fell in love with them. “We’re family,” I told them when they visited for my daughter’s first birthday. “She’s your sister, and we will always be family.”

If it sounds like I’m oversimplifying the whole thing, the truth is — I am. I was committed to maintaining these ties for my daughter’s sake, and I genuinely loved her other mama for the gift she had given me, but sometimes I worried. Mostly about how my daughter would process her role in adoption when the day came that she realized her other mama had placed only her, while keeping her three older siblings.

I knew her other mama’s reasons for this choice, and I always respected and understood how she came to it. But as a mother, I couldn’t help but worry that my daughter might not understand so easily.

In the end, it wound up not mattering much. My daughter’s other mama has faced her share of demons, and in the year after our last visit, things got harder for her. Eventually, the state stepped in and placed her children, my daughter’s siblings, in foster care.

Family immediately stepped up to take over the reigns of raising those kids, but in the three years since they were moved out of their mother’s care, they’ve been with a few different family members and I’ve lost track of them for months at a time.

There have been no visits since.

She clearly wants a connection, but doesn’t fully know how to make it.

Today they are with an aunt in what appears to be a more permanent situation. They’re still in a remote village, though, and I feel a little more awkward pushing for contact now. After all, their aunt has enough on her hands — raising these three, plus her own kids who still live at home. And she didn’t sign up for maintaining an open relationship with us. She never agreed to the work involved.

She has been gracious when I’ve asked for phone calls between the kids. But my daughter is 4. While she talks about her siblings wistfully, flipping through her photo album to the page of pictures from the one visit when they were all together, those voices on the other end of the phone are mostly abstract to her.

She clearly wants a connection, but doesn’t fully know how to make it.

Meanwhile, she’s taken to calling her puppy her brother. I thought it was adorable, until just the other day when she asked for a brother who’s not a dog.

I’d love more kids. But as a single adoptive mom, that’s probably not going to happen anytime soon. So when she asks for a sibling, I find myself talking more about the siblings she has but never sees.

And wondering if that’s the right thing to do at all.

I had such high hopes for maintaining these connections, but these days I wonder if I shouldn’t be letting them fade a little. Am I helping or hurting my little girl by reminding her of the siblings she never sees?

Am I helping or hurting them by working so hard to stay in touch?

These kids, they are good kids. Sweet and kind and extremely loving when they do talk to their little sister. But they live a very different life from ours. A life that has been especially hard the last three years. So when I send them pictures of my daughter and her new puppy, or she talks to them about her upcoming trip to Disney World, I can’t help but wonder if it might sting a little to be reminded of the differences in the life that she lives.

“Why don’t my brother and sisters want to see me?” She asked recently.

One year for Christmas, I went completely overboard on new toys and winter gear to send them. Mostly because I could, which made me feel like I should. These are my daughter’s siblings, after all.

But then I worried that maybe it seemed as though I was just showing off. Rubbing in their faces what I could give, or even completely miscalculating what it might be that they need.

This year I’m letting my daughter pick out the gifts that we should send. It’s an opportunity for her to focus on giving, and to remember the other family she has.

But again, I worry. She doesn’t know them. Not really. And as we talk about gifts to give them, I realize that’s becoming evermore apparent to her.

“Why don’t my brother and sisters want to see me?” She asked recently. And my heart broke right in two.

Of course I explained that’s not the case at all. That they would love to see her if they could. But she’s four. And adoption is complicated. And confusing. And it doesn’t always turn out exactly as you planned.

For now, I’ll continue doing my part to maintain those connections as best I can. But when it comes to my daughter’s other family, I’m no longer as sure as I once was that I’m doing all the right things.

I think back to that day in the hospital room, when her other mama and I made those plans and promises to each other. And I wish it were as simple as we both seemed to think it would be. But as grand as our intentions were, real life isn’t always so cut and dry. And as wonderful as open adoption can be (as grateful as I am that this is the path we pursued), what I didn’t realize then was that there were so many things that might one day be outside my control.

As Mommy to a little girl who yearns to know her siblings, accepting what I can’t control has proven to be the hardest part.