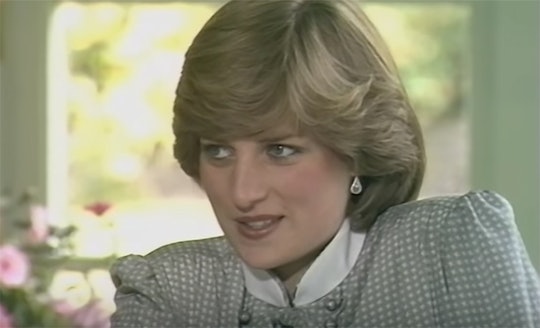 Where Are Princess Diana's Parents Now? Her Family Tree Is A Bit Complex

It has been more than 20 years since Princess Diana died, yet royal fans are still intrigued with the life and times of her life, including where it concerns her parents. And questions about where Princess Diana's parents are now recently resurfaced after Prince Harry and Meghan Markle welcomed their first child, Archie, into the world in July. As it turns out, Princess Diana's family tree is a tad complicated.

Princess Diana was born Diana Frances Spencer, daughter of John Spencer, the 8th Earl Spencer and mother Frances Shand Kydd. Although Diana was not a royal herself until she married Prince Charles in 1981, the Spencers have a rich family history with noble members and royal ancestry. The Spencers are an aristocratic family, one that includes the likes of Winston Churchill and a number of knights, dukes, earls and barons, according to Vogue.

Edward John Spencer, Princess Diana’s father and dad to her four other siblings, was known as Viscount Althorp until he was honored with the title 8th Earl Spencer following the death of his father in 1975, according to The Los Angeles Times. He was a member of the House of Lords, and married Raine, Countess of Dartmouth, in 1976 after his divorce from Diana’s mother in 1967.

Edward fathered all of Princess Diana's siblings, including her two older sisters, Lady Jane Fellowes and Lady Sarah McCorquodale, and her older brother, Charles Spencer, 9th Earl Spencer. After the divorce in 1967, Edward won custody of the children, according to Good Housekeeping. He went on to live a relatively long life before he passed away at age 68 in March 1992 from a heart attack, according to The New York Times.

In early September, Diana's brother revealed that their father was a WWII war hero and led a British army to liberate two French towns, La Neuve-Lyre and La Vieille-Lyre, according to USA Today. The news came from a letter from the relatives of those saved during the liberation.

Although it came as a surprise to most of the family, it was a welcome look into their father's past. "My family and I really didn’t know anything about my father’s war stories beyond the bare minimum, so I always had this question mark as to what he had done," Spencer told TODAY.

As for Princess Diana’s mother, The Honorable Frances Shand Kydd, she was born Frances Ruth Roche, the daughter of Maurice Roche, 4th Baron Fermoy. Maurice was reportedly a close friend of King George VI, according to Revolvy. Her mother was a confidante and lady-in-waiting of the Queen Mother.

Unfortunately, Frances' marriage to Edward was rife with tragedy. They lost their first born son just 11 hours after birth, which made losing Diana at age 36 that much harder, according to The Telegraph.

Following her divorce from Diana’s father, Edward, she remarried wallpaper fortune heir Peter Shand Kydd in 1969, before separating in 1990, according to Vogue. She lived a quiet life after her divorce, but was pushed back into the limelight when her daughter married Prince Charles 1981.

Sadly, Princess Diana and her mother reportedly had a volatile relationship and were supposedly not talking at the time of her death in 1997. Frances died at the age of 68 in 2004 after a long battle with a degenerative brain disease, according to The Telegraph.

Both Edward and Frances are the maternal grandparents of Prince Harry and Prince William, so there's a good chance their names and memories will always live on in some fashion. And it's pretty clear interest in Princess Diana's family will continue to live on, even decades after her death.

More Like This
Prince William Shares How He Plans To Follow In His Mother's Footsteps With His Kids
Princess Charlotte Got So Excited To Shake A Royal Fan's Hand
'Clueless' Is, Like, Totally Still A Good Teen Movie In 2022
Raven’s Chosen Family