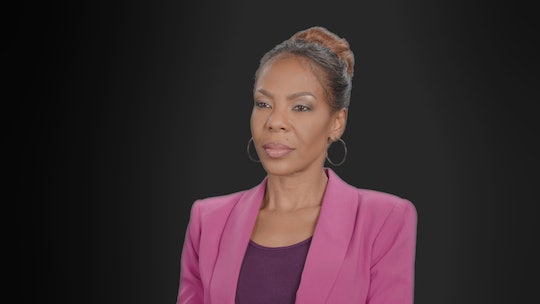 Here's What We Know About R. Kelly's Children

Lifetime riveting six-part docuseries, Surviving R. Kelly, gave viewers the chance to hear stories from the women closest to singer R. Kelly, including his ex-wife Andrea Kelly. On the series, Andrea details how her family survived Kelly and described the lengths she went to protect her kids. Viewers only saw Andrea in the documentary, so they may be wondering, where are R. Kelly’s children?

In a recent interview with The Bert Show, Andrea revealed that she and her three children — Joann, 21, Jay, 19, and Robert Jr., 17 — live in Chicago. Despite living in the same city as their dad, Andrea noted that the kids are so disconnected from their father that they call him Robert. Sr instead of “dad," and that Kelly makes no attempt to keep in touch with them. “He has no relationship with his children now,” said Kelly. “He doesn’t call them, he changed his phone number. We don’t have that phone number, my children don’t have that phone number. Like what dad does that?”

Andrea also talked about how hard it was for the kids to manage the backlash and attention they received after Surviving R. Kelly aired. “Nothing can prepare you for that,” she said. “Because at the end of the day, the monster that people speak of is also your father.” Soon after the docuseries aired, Kelly’s oldest daughter, Joann a.k.a Buku Abi, took to Instagram to share a lengthy post about her father in her stories.

"Unfortunately, for my own personal reasonings & for all my family has endured in regards to him, his life decisions and his last name, it has been years since my siblings and I have seen or have spoken to him," Buku Abi wrote. “I am well aware of who and what he is. I grew up in that house. My choice to not speak on him and what he does is for my peace of mind. My emotional state. And for MY healing. I have to do & move in a manner that is best for me.”

In 2014, Kelly’s middle child, Jay, revealed that he was transgender. In an interview with VH1, Andrea talked about her love and support of Jay, and how much she respected his decision. "For parents, we need to realize [kids] have their own journey, parents get it wrong when they don't support their children,” said Andrea. “They have to go out and fight every day and face this world. The first battle should not be at home. I just tell Jay all the time, ‘Baby, you won the war. You're gonna have a lot of battles, but you won the war. Mama accepts and loves you for who you are. Your family does.’"

In a recent IG post, Jay shared a clip of his new single, and captioned the video with a heartfelt message to his fans. “It was very hard to record the song, let alone write it and produce the beat and I've just been thinking about everything I've had to deal with being R. Kelly's child,” Jay wrote in the caption. “It was hard to even post the parts that I did. The past couple days have been a little rough but we gone be Gucci dawg. I appreciate and love all of the support ya'll been giving not only me but my whole family. We see ya'll man and we appreciate every single one.”

Since Surviving R. Kelly aired, Andrea has been the face of the family, and other than Buku Abi and Jay’s IG posts, the Kelly kids haven’t really spoken out about their lives. With all the differing public opinions about Kelly, it’s understandable that the kids want to stay out of the limelight, but it looks like Andrea is doing an amazing job of protecting them too.

Representativees for R. Kelly have not responded to Romper's request for comment.