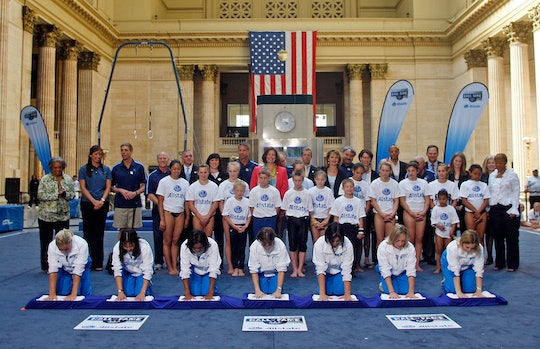 Where Are The Magnificent 7 Now? The Olympic Team Has Done Amazing Things

Some athletes just stand out in your memory forever. And anyone who watched the 1996 Olympics likely remembers the Magnificent 7, the first U.S. women's gymnastics team to take home the gold in that sport. Girls all over America had posters on their walls of these awesome women — the OG girl squad if you will. But like everyone else, even gold medalists had to grow up and leave the '90s behind. So where are the Magnificent 7 now, and are they still involved in the sport?

Although you could basically retire after earning a gold medal, these women are still major movers and shakers. Amanda Borden, Amy Chow, Dominique Dawes, Shannon Miller, Dominique Moceanu, Jaycie Phelps, and Kerri Strug are still revered athletes and role models. Sometimes they even reunite as a team, such as when the Magnificent 7 was inducted into the U.S. Olympic Hall of Fame Class of 2008, as noted in USA Gym. As you might imagine, they're still leading pretty impressive lives these days. Can you guess who went on to become a business owner, and who is a licensed physician? (I said they weren't slouches.) Recall your original squad goals and recapture the indelible spirit of the '96 Olympics by catching up with the modern-day Magnificent 7.