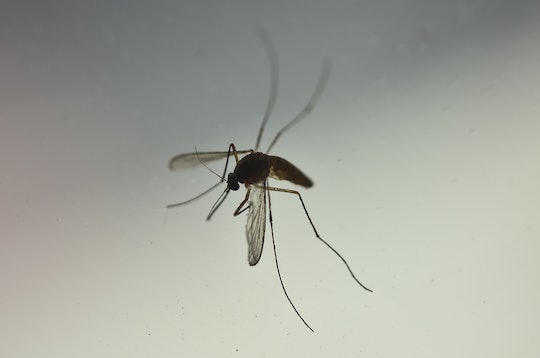 Where Are Zika-Carrying Mosquitoes In The US? The News Is Both Good & Bad

News and concerns over impending outbreaks of the Zika virus in the United States has been pretty hard to escape as of late. It seems that the more officials learn about the virus, the more alarmed they become — and the more the rest of us want to know just what is up. Even though there is still a lot that is unknown about the virus, one thing that is known is that the main Zika-carrying mosquito, the Aedes aegypti, can be found in a number of states in the continental U.S., and that the prevalence of that mosquito will affect risk factors for the virus in different parts of the country. Where are Zika-carrying mosquitoes in the U.S.? According to CNN, the National Center for Atmospheric Research (NCAR) created a map showing potential abundances for the Aedes mosquitoes throughout the country. And what it shows could be either good news or bad news, depending on where you live.

The NCAR map, which was released in the Zika collection in the journal PLOS Currents, looked specifically at 50 cities within the U.S. that fall within the zone where Aedes mosquitoes (both the primary vector, the Aedes aegypti, and the related species, Aedes albopictus) are known to exist. Researchers assessed cities for their Zika risk based on things like temperature, precipitation, and population, as well as things like proximity to airports (with high numbers of travelers entering the country from other Zika zones), as well as cities' socioeconomic standing (higher poverty rates generally lead to higher exposure to mosquitoes, due to factors like a lower overall likelihood that people are using air conditioning, have windows with effective screens, and potentially also greater difficulty accessing clean water). Researchers also looked at already-known data about the spread of similar viruses in the U.S., like Dengue virus or Chikungunya, to make comparisons.

So what did they find? By July, all 50 cities studied as part of the NCAR map are predicted to be home to the Aedes aegypti mosquito, with southeastern states being the hardest hit. Five Florida cities have been identified as high risk (Miami, Orlando, Tampa, Jacksonville, and Tallahassee), while Georgia, South Carolina, Alabama, and Louisiana also have high-risk cities. Moderate risk has been identified in cities as far north as New York City, and as far west as Oklahoma City, while California, Utah, Nevada, New Mexico, Arizona and parts of Texas all carry a low (but definitely not non-existent) risk.

What that means for the average American is that, if you live in, or are planning to visit, one of the 50 cities on the NCAR map this summer, you have a higher risk of being exposed to the mosquitoes that carry the Zika virus. And since the aedes egypti mosquito has adapted particularly well to living with humans — it is often considered the "cockroach" of the mosquito world thanks to it's ability to thrive indoors and in urban areas — protecting yourself from getting bitten will require more vigilance than usual.

But the news might not be all bad, according to Science magazine. In an article released Friday, writer Jon Cohen suggested that perhaps the collective fear about the Zika virus might not be necessary. Thomas Scott, an entomologist and epidemiologist at the University of California, Davis, said that it's unlikely that the U.S. will see an outbreak even on a Brazil-like scale. One reason? Americans are more likely to stay indoors in the summer months, are more likely to use air conditioning, screens and bug spray, and are less likely to leave out standing water that encourages mosquito breeding:

I don’t want to blow this off and leave people with the impression that you don’t need to worry about it—who knows where this is going. But I don’t think we’re going to have sustained transmission in the U.S., primarily because of our lifestyle. We also don’t have enough mosquitoes.

Another reason Americans may not have to worry as much as they think they do? The data showing how similar mosquito-borne viruses (like Dengue and Chikungunya) have spread in the U.S. suggests that only the southern-most tips of Texas and Florida may truly be at risk, as neither of the two viruses spread much further than that when they hit the U.S.

But even if it's true that the Zika risk may not turn out to be as widespread as many think it will be, the reality is that it will still cause a lot of damage to the people it does affect. Zika has been clearly linked to severe microcephaly in fetuses whose mothers contracted the Zika virus while pregnant, and it has also been linked to a growing list of neurological disorders including Guillain-Barré, which can cause paralysis, according to the New York Times. In Puerto Rico, one man even died from complications from the virus — which might be rare, but is still unsettling.

For now though, the standard advice still seems important: cover up exposed skin, stay indoors and behind screens, and make sure to use bug spray regularly. Even without a massive outbreak, the Aedes aegypti mosquito will be an unwanted neighbor for many people this summer, and a little prevention can go a long way when it comes to staying safe.