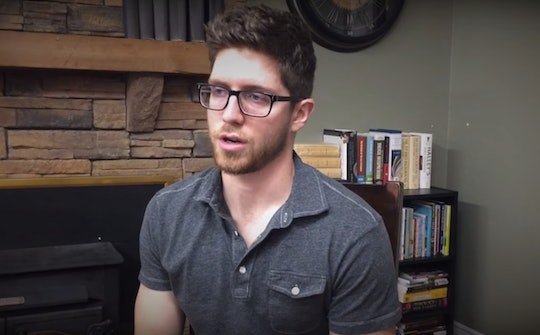 New father of two, and husband to Jessa Duggar, Ben Seewald isn't just a regular on Jill and Jessa: Counting On, he is also a college graduate. While reports of the couple's own finances have been circling the waters, and many have been criticizing Ben's choice to not work, the fact remains that Seewald is actually a college graduate. But, just where did Ben Seewald go to school? The Seewald patriarch graduated from a community college back in 2015.

The couple were married in 2014 in Jessa's hometown of Bentonville, Arkansas. According to an Instagram video shared by Jessa Seewald, Ben graduated from National Park College in Hot Springs, Arkansas in May 2015. Ben studied political science, which makes sense when you look at the couple's family blog and the posts he has shared regarding politics in the United States. Jessa congratulated her husband on his big day with the Instagram post captioned, "...and he blew me a kiss from the stage! @ben_seewald, I love you so much! So proud of you!"

While Ben has been a college graduate for almost two years now, both his income and his wife's come from the reality television show on TLC in which they star.

The couple recently welcomed a new baby to the world, naming him Henry Wilberforce Seewald and making elder son Spurgeon Elliot Seewald, 1, a big brother. Both parents are very involved in the lives of their children, with Ben being the ultimate diaper duty pro. In a recent interview with People, Jessa bragged about her husband's diaper changing abilities, saying, “He’s gotten so good he could do it with his eyes closed!”

According to their interview, the couple are also very interested in welcoming more children into their home, whether by going about it the old fashioned way, or through adoption, of which they're both strongly in favor. But for now, the young couple is pleased with the "man-to-man coverage," as Ben jokingly called it, rather than "zone" coverage.

Since Ben is only 21, and he's already got one diploma in his pocket, the world truly is the Seewald's oyster. Currently, it seems that Ben may be dipping his toes into the holy water. According to The Hollywood Gossip, Ben will be preaching at the Evangelism Reformation Conference in Hurst, Texas for two Sundays this summer.

Whether or not Ben chooses to pursue preaching, politics, or fatherhood, it's clear that he's got plenty of love to look forward to at home.