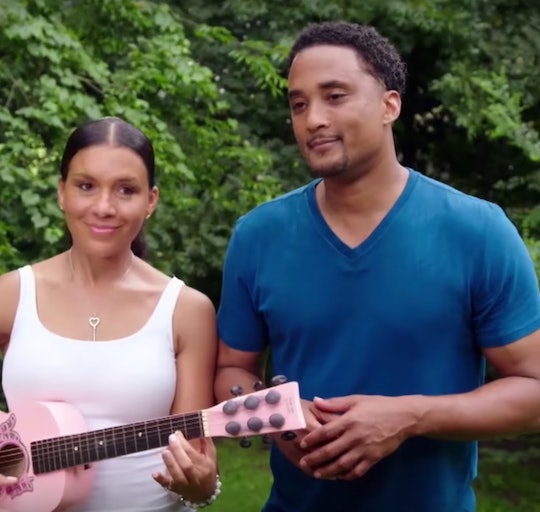 If you're an HGTV buff, you probably know DeRon Jenkins best as the co-host of Flip Or Flop Nashville. But for sports fans, he's better known as a professional football player. Where Did DeRon Jenkins play football? The house-flipping pro has an impressive history in the NFL.

DeRon Jenkins has played for three NFL teams as well as two teams in the Arena Football League, which is sort of like a minor league for football — except he joined the AFL after the NFL. Bear with me here.

Jenkins started his football career back in college, while attending the University of Tennessee. He played for the school's team, the Tennessee Volunteers, from 1992 until 1995, according to Sports Reference. After college, in 1996, he was drafted by his first NFL team, the Baltimore Ravens, as per his stats page on the NFL's website. Jenkins played for the Ravens until 1999, and in 2000, he joined the San Diego Chargers for just one season. Then in 2001, he joined one last NFL team, also for only one season: the Tennessee Titans. As he told HGTV, living in Nashville while playing for the Titans inspired him to get into the home renovation game.

“After my seven-year career in the NFL, I still had the passion to renovate, to make something older look beautiful and new again,” Jenkins said in an interview with HGTV. “And I was in Nashville. And I love this city. And so I decided to make this city beautiful—and that’s where I landed.”

In 2004, three years after retiring from the NFL, Jenkins joined the Arena Football League, an indoor American football league founded in 1987, as per its website. Jenkins started out as a player for the Austin Wranglers, according to ArenaFan. Then, from 2005 until 2006, he played for another Arena team, the Nashville Kats.

A career as a football player can't last forever, so luckily for Jenkins, he turned his passion for home renovation into a career. According to his LinkedIn, he founded his own construction company, DY Constructions Inc. & DY Properties LLC in 2003. Along with real estate agent Page Turner, he eventually landed his co-hosting gig on Flip or Flop Nashville, which premiered on HGTV in January 2018. And Jenkins and Turner are actually — wait for it — exes. The two dated for a few years, and after an amicable breakup, they realized they were much better business partners than romantic partners.

“But then our relationship changed, and we didn’t work as well together in that capacity,” Turner told HGTV, speaking about the former couple's romantic relationship. “But we still worked really well together as far as building homes and selling homes ... So we continued our working relationship.”

It's clear that there's a mutual respect between Jenkins and Turner — and that's why Flip or Flop Nashville works. “She really knows the heartbeat of the city,” Jenkins told HGTV. “She’s really good at finding not only the homes on the market but homes that haven’t reached the market yet. She’s done a really good of networking and finding those little niches where we can get those great homes.”