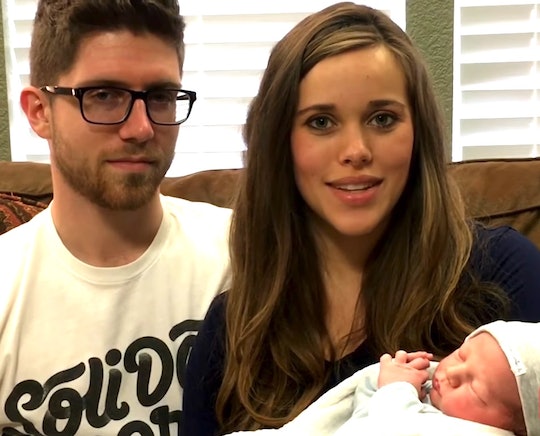 The lives of the Duggar clan have been showcased for years on TLC's reality show 19 Kids & Counting, which has arguably made them one of the most famous families in the history of reality TV. And some of the 19 kids are now having kids of their own, like 24-year-old Jessa Duggar, who has two boys with her husband, Ben Seewald. As the pair have gone on to star in the spinoff series Counting On, fans have followed along on Jessa's journey enthusiastically, getting a glimpse at her life after growing up in a Fundamentalist Christian home. But despite the couple's openness, there's still plenty that even the most devoted fan might not know — such as where Jessa Duggar went to school after leaving home, or if whether she pursued a traditional higher education at all.

Technically, the mom of two did not go down the customary college path, as the Duggars reportedly believe “that college attendance is problematic for children of either gender but especially for girls” and that “marrying and having large numbers of children is the only godly path available." (This according to Patheos, a website that covers content on religion and spirituality.)

The family does believe, however, in a different route to higher education beyond their homeschooling (because that can only last for so long). According to the Duggar Family Blog, several of the kids have taken college classes online through CollegePlus!, a “Christian organization that guides students through the process of getting online degrees through a state college in New Jersey,” according to Patheos.

It’s not entirely clear if the 24-year-old Jessa took any online classes herself, but her parents said back in 2011 that she had a “passion for teaching and [had] taken on many responsibilities of homeschooling the little ones,” according to the Duggar Family Blog.

It's also not clear if this will be the same educational route Jessa will choose for her kids, as her husband did graduate from National Park Community College in 2015 where he majored in political science with plans to become a preacher, according to Inquisitr.

As Us Weekly reported, the 19 Kids and Counting star was excited for her other half on his big day and posted a video of Ben receiving his diploma on stage, saying in the video that "he blew me a kiss from the stage!"

While Jessa's family's beliefs guided her down a less traditional college route, fans will just have to wait and see which path the Seewalds choose for their sons.