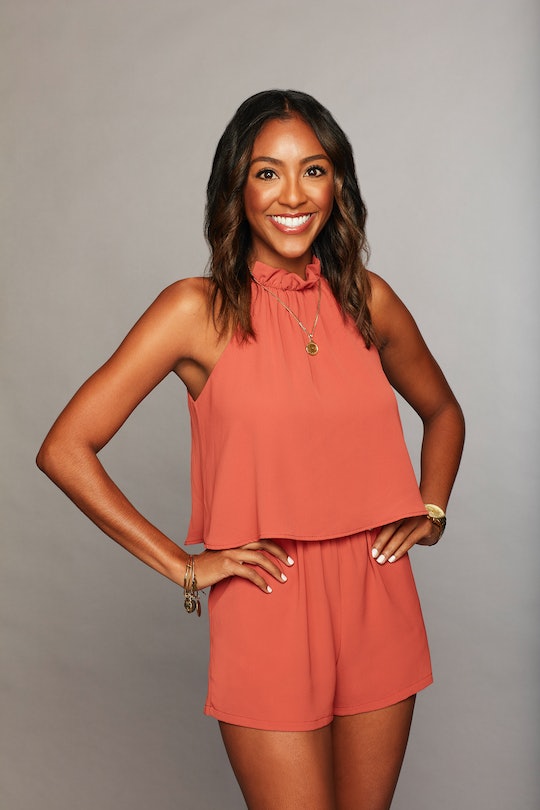 This MLK-Inspired College Once Taught *This* 'Bachelor' Contestant

You can't possibly tire of hearing about Season 23 of The Bachelor or its contestants. They all have such interesting — and vastly different — backgrounds. From dueling pageant queens to an NBA dancer, Colton certainly has the cream of the crop in those vying for the win (aka his love, or whatever). One of the top contenders, Tayshia, has already made an impression. You already know the basics, but what about the rest — like where did Tayshia go to college, what does she do? And what makes her stand out? Here's everything I know, so take notes.

Tayshia attended Concordia University Irvine from 2008-2012, according to her Linkedin profile. It was there she received a Bachelor of Science Degree in Biology Medical Science. She was an active participant in Student Leadership: ASCUI Senate Phi Epsilon Delta which is the long form for saying she's a sorority girl at heart and probably likes the camaraderie of the other girls in the Bachelor mansion. The page also said she worked as Administrative Assistant to the Director for three years before moving to Assistant to General Manager at another company, for two years, and finally Bookkeeper and Assistant to Human Resources Manager at a company in Orange County, California.

Concordia University's website said there are over 4,200 enrolled students, and an undergraduate program that's "distinctive among universities in California because of its nationally recognized core curriculum, Enduring Questions & Ideas, and its Lutheran heritage that provides a thoughtful and caring Christian community that lives out the theology of 'Grace Alone. Faith Alone.'" Faith is a biggie with Tayshia, as noted on her Instagram bio, so this college was an A+ choice. The university's site also said, "Our Lutheran tradition fosters an environment of inclusiveness for all," and that's honestly what The Bachelor mansion should abide by as well.

Though the 28-year-old from Del Mar worked her first job at Abercrombie & Fitch (for four years!), she's now a phlebotomist — she draws blood for a living. That blood is used for medical testing, donation, and transfusions, and is done through heel and finger pricks or venipuncture. Basically, she's in the patient-care realm only with lots and lots of needles and blood. Um, totally necessary — and thank you, Tayshia — but not something I think I could handle.

It's clear Tayshia stands out in this competition for a few reasons. She's a church-going, volunteering (on a mission trip to Africa!), ex-Girl Scout, just to name a few qualifications. Her ABC bio said she hates when her dates chew with their mouths open so Colton better keep it closed or he could scare her off. Though Tayshia has been married before, and divorced in 2017, she seems to only have eyes for The Bachelor in the most drama-free way. Perhaps her sorority years prepared her in ways she couldn't have anticipated (conflict resolution, anyone?).

With all of this in her back pocket, Tayshia's definitely one to watch. Beauty, brains, and blood? What more could number 23 ask for? This is rhetorical, of course, because you know Colton would also ask for dogs — duh! — and that's alright with me.