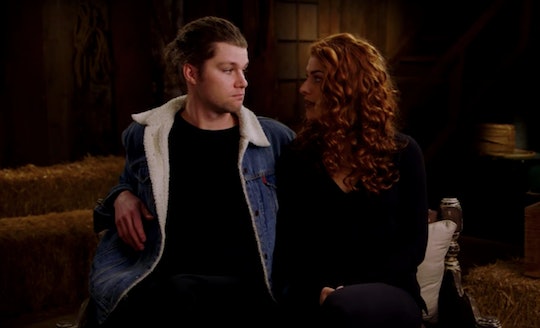 Audrey & Jeremy Roloff Have Moved Around A Bit, But Here's Where They've Put Down Roots

Seeing adorable families and couples live their lives on reality television is just so oddly satisfying, isn't it? And that's where a certain TLC couple comes in. Now that fans are officially obsessed with their first baby and their lives shared on Little People, Big World, some might be wondering where Audrey and Jeremy Roloff live when all this adorableness happens. Well, it turns out that they've stuck pretty close to home, but it wasn't always like that.

Interestingly enough, the Roloffs currently live a fairly short drive away from their family's farm in Hillsboro, Oregon. Now, the family of three lives in Rock Creek, Oregon, which is just a little more than three hours from where they used to live, in Bend, Oregon. Their move to Rock Creek is fairly recent, as the Daily Mail reported in June 2017 that the couple bought a new house in the small town ahead of the birth of their daughter.

But, as Audrey Roloff explained in a blog post for TLC, their original decision to move to Bend wasn't an easy one. But now that they're raising their first daughter together, it's become clear that moving to Bend, and then Rock Creek, was the right choice for the family. The Roloffs welcomed their daughter, Ember Jean Roloff, into the world on Sept. 10, according to Us Weekly. And since then, both Audrey and Jeremy have definitely fallen in love with parenting and seem to love living where they do. Rock Creek is close to the Roloff family, and it's a great place to raise a family.

In her blog post explaining how the couple came to their decision to move to Bend after a brief stay in Los Angeles, Audrey wrote:

We found ourselves 10 months in Los Angeles, I had just put in my two weeks notice at my company, we had one month left on our lease, and we were ready for the season in the city to come to an end.

So, they took some time to reflect on what was best for them and their future family. Keep in mind, this was back in 2015, and they likely had no idea that in less than three years, they would be parents to an adorable baby girl. So, while some may be surprised by the decision to move to a small town in Oregon from Los Angeles, the Roloffs just knew that it was what was best.

As Audrey went on to explain, Bend wasn't even the top contender for the couple when they were thinking about where to move after Los Angeles. Really, living on the Roloff family farm was their top choice. According to her blog post on TLC:

Ultimately, the farm reigned in favor, of course. But after lots of reflection and discussion we decided that it wasn't our "next step." We wanted to spend some more time away from the familiar, with minimal distractions, and save up some money to build a home.

And the couple definitely seemed to love their time in Bend, with Audrey citing "Quality of Life," "Proximity to the farm," and "Cuddly winter nights," as top reasons they chose the town.

But then, when the couple learned they were expecting their first child, they decided to move a little closer to home. As the Daily Mail reported, "Audrey's pregnancy had them wanting to move back home closer to family and friends." And move they did. They chose a bit of a fixer-upper, but they've been working hard to make their house a home and definitely seem to be blooming in Rock Creek. And baby Ember will likely love being able to see her grandparents, and the rest of the Roloff family, as often as possible.