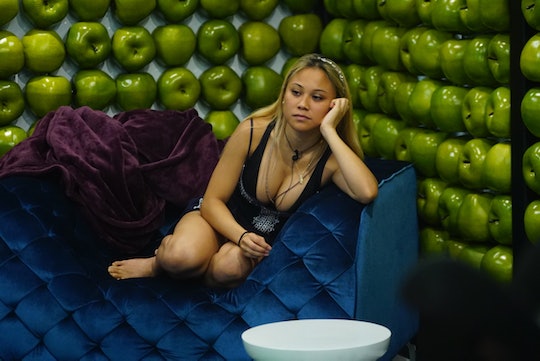 Alex Has A Great Career Outside Of 'Big Brother'

The Big Brother house is filled with all different kinds of people who all have different kinds of jobs. Though they drop their last name when they enter the house and choose how much they want to tell the other houseguests about themselves, in the real world fans can easily discover who the contestants are on the outside. So where does Alex from Big Brother work when she's not competing for $500,000?

According to her LinkedIn page, she currently works as a Customer Service and Marketing Coordinator at MaddieBrit Products, LLC in Camarillo, California. The company was founded in 2008 and makes eco-friendly and healthy products to "rival the experience and efficacy of traditional cleaners."

Alex has been working in marketing for years. Prior to her current position, she was an Ecommerce Administrative Assistant at Abbyson Living, a Digital Marketing Account Manager at a NYC Restaurant and Cynthia Jorge Marketing, an Operations Manager for a gym in L.A., and a Data Entry Supervisor at Professional Document Services.

At the age of 28, it's clear Alex has made a name for herself in the marketing world and has found success, but can she find that same level of success in the house?

Thus far, Alex has done pretty well for herself. She's survived being on the block twice and then became head-of-household. She also secretly aligned herself with Paul and has been staying mostly under the radar. This week while Jessica was HOH she didn't even seem to consider putting Alex for nomination, despite the fact that Alex put her on the block for eviction the previous week.

Even so, Alex is playing at tricky game right now. At the start of the game she was with the "outsiders" of the house, which included Ramses, Jason, Megan, and Jillian. Thus far, Megan self-evicted and Jillian was evicted. Ramses currently sits on the block and though Jessica said he was just a pawn, he could very well end up being sent home.

Though Paul could be a good ally to Alex, he could also just as easily turn on her, especially because every one except Jessica and Cody love him in the house. Paul is sitting pretty in the house right now but Alex doesn't really have that kind of relationship with every one in the house. Still, she doesn't seem to be any one's target right now so it's possible Alex could go really far in this game. She might even win.