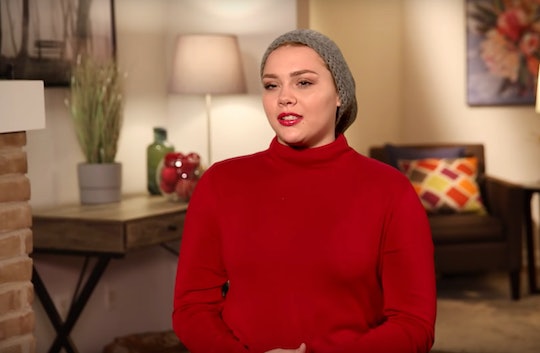 Avery and Omar are becoming one of the most talked about couples on Season 3 of 90 Day Fiancé: Before the 90 Days. The couple fell in love after meeting on a dating app, and finally met in person when Avery flew to Lebanon. On the show, Avery revealed she plans to marry Omar and move to his home country of Syria. Knowing it’s a war-torn country, viewers are concerned for her safety, and many are wondering where Avery lives now.

Avery’s current status is unclear, because she hasn’t posted any personal details on social media, and she hasn’t given any interviews confirming her whereabouts. However, in a recent interview with Newseek, the 19-year-old revealed that despite not knowing about the country at first, she ended up truly enjoying the time she spent in Lebanon. "When [Omar] first brought up Lebanon I got a little bit nervous just because I didn't know much about it, but I really had trust in him that he wouldn't take me anywhere that was too dangerous." she said. But once she got there, Avery said she found Lebanese culture to be “beautiful” and felt the people there were very kind.

On the show, Avery talks about growing up in Columbus, Ohio as a typical American teenager. She reveals she was homecoming queen twice in high school, and as a gymnast, she won numerous competitions. But about a year ago, she starting learning about Islam, and felt the faith spoke to her. After converting, she began looking for love on a Muslim dating app, and met Omar, whose profile said he was based in America.

However, after talking to Omar for a while, she learned he actually lived in Syria. “I don’t know if he did it by mistake, but it said that he was from America on his profile,” she says in the first episode. “And when I found out he was from Syria, it shocked me. There’s a travel ban keeping Syrians from getting in the U.S., and I knew there was a war going on in Syria. It could raise flags for other people, but I was already hooked.”

When talking to Newsweek, Avery said that finding out Omar lived in Syria didn’t change how she felt about him. "When Omar sent me a request I saw his profile was so nice, and he was so handsome,” she said. “I knew he was Syrian but it wasn't until after about a week of non-stop talking that I realized he still lived in Syria. Oddly enough it didn't change my feelings at all for him."

Many viewers have concerns over Avery’s decision to convert and her willingness to travel to a war zone for love. But she told Newsweek she really doesn’t care what others think, and she doesn’t let other people’s opinions shape her decisions. "I have never cared about what people thought in the past,” Avery told the outlet. “No one can sway my decision on my choices. I really make my own path and I'll tell them that."

If Avery did stick to her decision to marry Omar and stay in the Middle East, it’s possible she’s living in Lebanon or Syria now. Viewers will just have to keep tuning in this season to see how things unfolded.