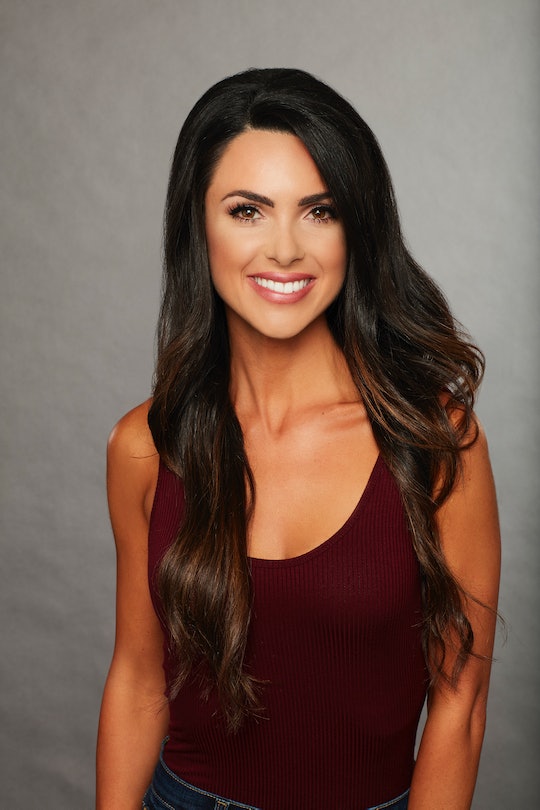 Bri From 'The Bachelor' Has A Really Cool Job

Another year has come and gone, which means it's time to analyze the new group of Bachelor contestants before the Season 22 premiere kicks off on Jan. 1. From what I can tell, Arie Luyendyk Jr. will have a vast array of interesting women to get to know, but one participant has immediately stuck out for me, due to her profession. Her name is Brianna (Bri for short) Amaranthus and she's listed as being a sports reporter. But where does Bri from The Bachelor work as a sports reporter? Seeing as Arie is a former professional race car driver, the two may be a good match. Perhaps she even covers NASCAR and racing, which is Arie’s domain. His father, Arie Luyendyk Sr., is a legend in the racing world, so Brianna probably knows who he is. It’s unlikely that she was a reporter while he was still racing full-time, but I’m sure the two will have a lot to discuss regardless.

According to her LinkedIn profile, Bri works at NBC Sports Northwest and is based in Portland, Oregon. In her LinkedIn bio, Bri states that she "attends media availabilities for the Oregon Ducks, Oregon State Beavers and Portland Trail Blazers to help produce on camera interviews for television and digital content. Her job requires maximum organization to streamline communication between production and digital groups in order to manage multimedia content under strict deadlines." Additionally, she also hosts the NBC's Sports Talk Live show and handles their social media accounts.

It’s safe to say that sports are a huge part of Bri’s life. In her ABC bio, Bri said that if she could be anyone else for a day she’d be "an NFL player. I would have been a great football player, QB or receiver." Judging from Bri’s Twitter (which is already verified, so viewers know she’s legit), she usually has sports on her mind. The 25-year-old, though, must want a little more because she’s one of the 29 women vying for Arie’s heart this season.

Reading through her ABC bio reveals a bit more about her personality. She lists her top achievements as "Putting myself together after heartache and winning an Emmy" — which, damn girl, are some pretty amazing feats. She would also attend dinner with Barack Obama, her grandma, and Audrey Hepburn if possible... and she would buy a round of shots. So, a girl after my own heart and hopefully Arie’s too.

In an ABC press release for The Bachelor, the network teased what goes down in the premiere:

All the women are eager to make a lasting first impression. A beautiful blonde wearing a mask proclaims that Arie is not the only “kissing bandit.” Another woman roars up on a miniature Formula One racecar, leaving a lot of jealous ladies in her wake. One sassy female gives Arie compliments in Dutch, his second language, and another sultry stunner whispers sweet nothings in his ear. Arie handles the pressure like a pro. The arrivals are almost stolen by a charming woman, who arrives in a cherry red ’65 convertible Mustang.

I’m projecting here, but I think Bri could easily be one of these contestants. Bri could be the one to show up on a mini Formula One race car, or in a Mustang. It’s also possible she does her own little stunt, perhaps related to football, baseball, or her home team the Ducks. Fans will have to wait until Janu-Arie (I know, I know) 1 to know for certain, but she strikes me as the type of person to want to give a memorable first impression.

In an interview with Entertainment Tonight, Arie said that the decision was difficult to make at the end; could Bri be one of the ones left in a top spot? Get your Bachelor Fantasy Leagues ready (Bri probably would if she didn’t know the outcome), because viewers will find out soon enough.