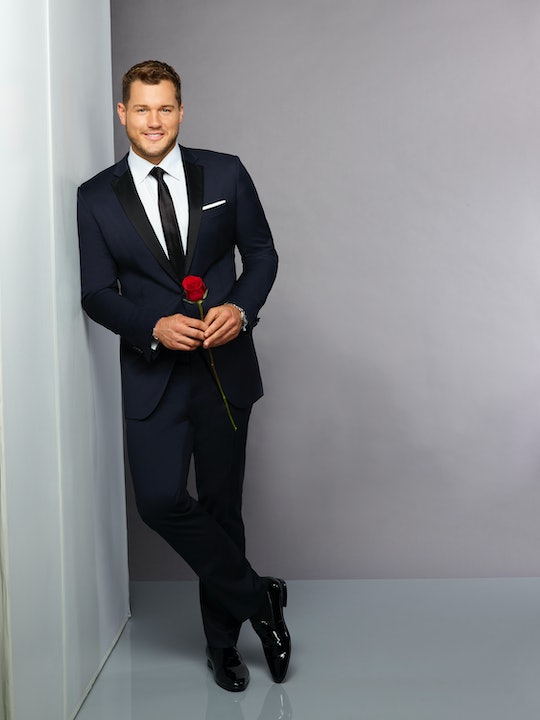 'The Bachelor' Has Colton All Over The Place, But Here's Where He Calls *Home*

In case you haven't been paying attention, Season 23 of The Bachelor has officially premiered with buff and charming Colton Underwood starring as the titular would-be groom. The former NFL player — and three-time Bachelor Nation contestant — is a Denver, Colorado native, but single ladies everywhere want to know: Where does Colton live now? The Bachelor lead is living a super mysterious life as his season of the show airs.

Though Colton is a Colorado boy, there's nothing definitive online that points to where he lives now. Before Becca Kufrin's season of The Bachelorette (in which Colton made it to the final four), the pair traveled to Stanley Marketplace in Aurora, Colorado. But that's ancient history, right? The proud virgin Bachelor, aptly named after the Indianapolis Colts, according his previous ABC bio, has been traveling all over the country to promote the new season of the show. That makes pinning him down to one location kind of difficult. But there are small breadcrumbs along Colton's trail, and if you follow them you'll see via his public Instagram feed he prefers to stay pretty close to his hometown when not in publicity mode. Through the pictures it's clear he loves spending time with his family, friends, and all the doggos he can find. I mean, who can blame him?

In December, Colton posted several pictures from Colorado, likely because he was celebrating the holidays with friends and family. Whether he was taking a walk at the Chatfield State Park in Littleton or gazing at the beautiful scenery at Echo Lake Park in Mt. Evans, the two-time All-American linebacker from Illinois State clearly enjoys being immersed in all nature has to offer. After playing professional football for three different teams then retiring after an injury, Colton has been dedicating his time to helping kids fighting cystic fibrosis through his charity, Colton's Legacy Foundation (inspired by his cousin, Harper, who lives with CF).

Colorado love aside, these days, Colton seems to move between the East and West Coasts. While he was present for the ball drop on New Year's Even in NYC, he was back in California training a week later. Again, a lot of this travel has to do with the press tour he's required to go on, so you'll find him where the network tells him to go. I have no doubt his downtime would be spent hanging low-key with his dogs, or with whichever lady he gives his final rose to (TBD).

So there you have it — Colton lives somewhere in the United States right now. My best bet is Colorado so he can be close to his family and friends. But no one will know for sure where he calls "home" until he walks off into the sunset with one of the 30 available contestants vying for his heart. I know — that doesn't help much if you need to know the answer to this ASAP, but I'm sure when The Bachelor dust settles, you either won't care or you'll be so into the next round of Bachelor in Paradise that where he lives won't even cross your mind.