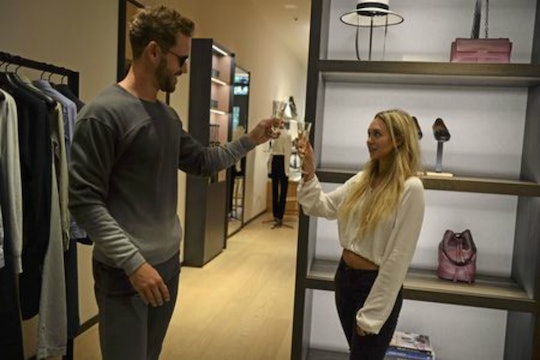 Corinne's Been All Over The Place Post-'Bachelor'

The Bachelor is nearing its end, which means that viewers will have to say goodbye to Corinne very soon. To figure out if she wins or not, I recently took a little gander at her social media profiles to see where Corinne lives now after The Bachelor and to be honest — it's really hard to figure out. We all know that Corinne is from Miami and there are pictures of her in her hometown with her sister at a gym, but also literally everywhere else in the world as well. It's had to tell what are latergrams — like all the modeling shots — and what's real. It looks like Corinne could be one of those people who who tags pictures and places like months or weeks after they're taken.

Gosh, Corinne, can you make it a little easier to social media stalk you? Recently, she was in New York City with her sister Taylor, hanging around SoHo and living the Big Apple dream. Two weeks ago, she posted a picture of herself in Israel and the caption was all about how she got back from a "long trip" only to hear that her grandparents were in the hospital (thankfully, they're fine). But where was this trip to? Israel? Or New York? Or California with Nick? SO. Many. Questions.

She was in Los Angeles to do The Ellen DeGeneres Show, which might mean that she's not the winner, since she's out self-promoting herself and moving onto the next thing. Then again, one never knows. Although it looks like she stuck around in California since she was spotted at the OK! Magazine pre-Oscars party at the Nightingale Plaza in West Hollywood, where she partied with Olivia Caridi and Chad Johnson. Caridi captioned her pic, "Ummmmm."

If anything, it looks like Corinne is most definitely not snuggling with Nick somewhere nice and romantic given the number of trips she seems to be taking with her friends and by associating with the "villains" of Bachelor Nation.

But she's not in Florida all the time and probably not running her "multi-million dollar business," at least for the time being. All of the pictures of her posing make it seem like she's trying to take advantage of her 15 minutes of fame and get her modeling career off the ground. Before The Bachelor, she had done some modeling and appearances in music videos with the likes of 2 Chainz.

She's a woman of mystery this Corinne. Hopefully we'll find out soon what she's up to now that The Bachelor is over.