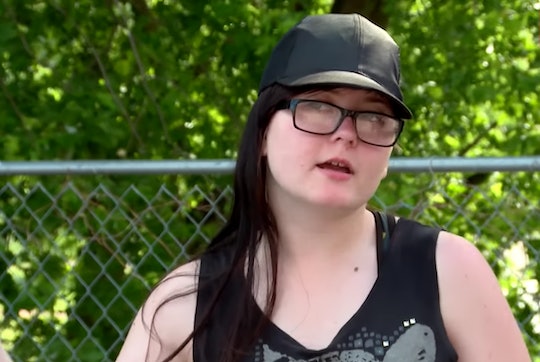 On this season of 90 Day Fiancé, Eric and Leida not only have to manage their own relationship, but also their relationships with their children. In particular, Tasha, one of Eric's daughters, has caused more than one rift over the course of the season. Shen Leida first moved in, Eric shared the apartment with his daughter, and Leida wasn't best pleased. So where does Eric's daughter Tasha live now?

90 Day Fiancé's Eric has three daughters with his ex-wife: Taneil, 21; Natasha (aka Tasha) 19; and Jeneka, 11. When Leida moved into the apartment with her own son, she and Tasha didn't get off to a great start. And based on social media posts from Leida, it would seem that Tasha has moved out of the apartment — but it's not 100 percent clear where she is currently living.

What is clear is that Leida definitely did not want Tasha to continue living in the apartment with Eric and now she and her young son. I can't confirm where Tasha is living now, but I would venture to guess that she and Leida aren't exactly besties at the moment.

Unfortunately, it's hard to confirm where Tasha might be living since she appears to have deleted her Instagram account. However, just from what was shown on the show, it's clear that she was not leaving without a fight.

In a recent episode of 90 Day Fiancé, Leida told Tasha she wanted her to move out. Tasha explained that she had been sending in applications for different apartments. But she also added that she (Tasha) is on the lease while Leida is not — causing fans around the country to celebrate in unison. "She may want me out today, but that's not happening," Tasha told the cameras.

Another point of contention between the two was the mess in the apartment when Leida first moved in. When Leida entered Eric and Tasha's apartment for the first time, she was instantly angry. "What the f*ck is this?" Leida asked her fiancé, looking around her. Eric, well, he kind of threw Tasha under the bus saying, "Well, that's Tasha. I told her to clean up."

As the season has progressed, Leida has made it clear that she did not want Tasha living with her and Eric and her young son Alessandro. She's also not thrilled with Eric paying child support to his ex-wife. "I don't get money from my previous husband for the child support," Leida told her sister Reina on the show. "So it doesn't make any sense to me for Eric to be sending money every month, so this thing needs to stop."

Here's hoping that Tasha has found a less dramatic home, and that the rest of this season of 90 Day Fiancé sheds more light on the family's living situation.