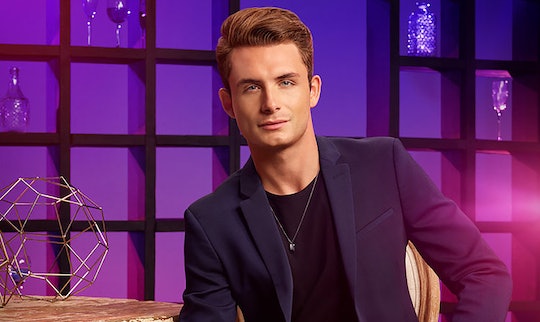 No matter how you might feel about James Kennedy, I think many people can agree that it was difficult to watch his firing from SUR. From the tears to the begging, it was concerning to see James so heartbroken over the cancellation of See You Next Tuesday. And if you're worried about the DJ's career following his axing from SUR, you'll be pleased to know that James Kennedy's work situation hasn't taken a hit.

After James body-shamed fellow cast member Katie, Lisa Vanderpump was put in a tough situation. It was hard for her to disappoint James and cancel one of the restaurant's top events, See You Next Tuesday, but she couldn't condone inappropriate behavior either. So, after careful thought and consideration, Lisa fired James in an emotional conversation.

Of course, James is still upset with Katie for the role she played in his firing from SUR.

"Katie Maloney is one disgusting human. Basically making up stories about me to gain gain gain," he tweeted in January, according to Reality Blurb. "That’s all she does – her marriage won’t last and trust me neither will she after #PumpRules."

Although James might seem too preoccupied with the drama these days to focus on his career, his work as DJ is actually going well. On New Year's Eve, for instance, he headlined a show in San Diego, California.

"HAPPY NEW YEARS EVERYBODY LETS MAKE 2019 THE BEST YEAR EVER," he wrote on Instagram. "TOGETHER AS ONE TONIGHT I HAVE A VERY SPECIAL SET PLANNED @bignightsandiego."

James is also booking paid appearances, like his upcoming gig at a nightclub in Chicago. "Starting my Birthday week off in Chicago Friday 18th Jan," he captioned a poster advertising the event.

What's particularly interesting, however, is James' career at SUR. By the looks of it, he still DJs at the restaurant from time to time.

"YO! HELLO!! IM DJING AT SUR TODAY AND IM GONNA FREESTYLE MY HEART OUT," he tweeted in early December 2018. "Fr tho I’m spinning at 4pm. Come to SUR today."

Sources told Radar Online in late December 2018 that Lisa continues to have mixed feelings about James and his employment, explaining:

Firing James from SUR was one of the hardest things Lisa had to do and she wanted to fire him from the show as well at the time. This whole entire thing has Lisa so completely torn right now because she wants him to either get sober or get lost but at the same time his drama is so good for show ratings.

Rumor has it Lisa ultimately decided to give James another shot. "She obviously gave him another chance,” the insider shared.

Although James might appear at SUR once and a while, it seems like See You Next Tuesday is still canceled. Refinery29 uncovered the truth after contacting SUR's receptionist, who said the eatery is "no longer doing an event on Tuesdays.”

Even if James never gets his Tuesdays back, I think it's safe to say he'll be fine no matter what. Keep spinning on, "White Kayne."