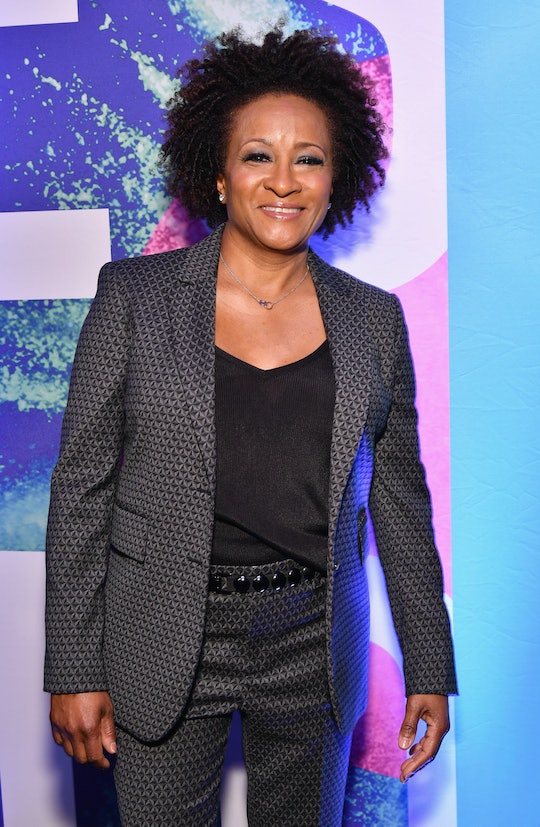 With her ever-growing fame and fanbase, it's easy to understand that comedian Wanda Sykes doesn't really divulge many details about where she calls home with her wife and two children. In fact, it's not exactly known where Wanda Sykes lives, as she hasn't shared that personal detail with the media, though she does seem more than happy to dish about the hilarity of parenting and other funny tidbits of her family life.

With a very successful acting and comedy career — Sykes' just released a new standup special, Wanda Sykes: Not Normal, on Netflix on Tuesday, May 21 — one might assume that Sykes lives amongst the glitz and glamour of Hollywood, or at least somewhere near Southern California. And according to The Philadelphia Inquirer, she does; the newspaper reported in 2013 that Sykes lives a "bicoastal lifestyle" and "splits her time between L.A. and Delaware County."

Where exactly in L.A. is unknown, but The Philadelphia Inquirer reported in 2018 that Sykes has previously voted in the small town of Media, Pennsylvania, which is about an hour outside of Philadelphia, and that seems to suggest Sykes has some type of residence in Pennsylvania.

It's actually not entirely surprising that Sykes appears to have a fondness for the simple life in the East Coast. The comedian was born in the relatively small city of Portsmouth, Virginia and was then raised in Maryland, according to Outwire757, a Virginia-based LGBTQ news, entertainment, and lifestyle magazine.

Whether she's in the East Coast or West Coast, 55-year-old Sykes lives with her wife, a French woman named Alex, and their two children, son Lucas and daughter Olivia, who are fraternal twins, according to People. And their home life, wherever that may be, sounds both lovely and hilarious.

The actress often talks about parenting her 10-year-old twins, who adorably call her "mommy-boo" or "mom-boo" now that they're older, according to DC Metro Theater Arts. Just last year, for instance, Sykes chatted with Ellen DeGeneres about the unique way she disciplines her kiddos, who, as well as her wife, are white, a fact she often discusses in her comedy.

After giving a disclaimer, Sykes told DeGeneres that the way she "threatens" her kids is much different than how she was disciplined as a child. "I do threaten with things, but it's hard trying to find the balance. Because, you know, I was raised where the threat was, 'Don't make me beat the black off of ya,'" Sykes said on The Ellen Show in 2018. "But I have little white babies. So, just, it's trying to be equivalent to that..." Sykes — who went to public school herself, according to Patch — added, "The best I could come up with is the other day I told Lucas, 'Don't make me send you public school... You want to get on that yellow bus?'"

Sykes' new comedy special on Netflix will humorously tackle important topics, such as politics, according to Variety, and the comedian will also get candid with viewers about relatable struggles, such as parenting and how it's, ya know, not easy.

"I’m showing that, 'Hey, I mess up too,'" she told Variety about her new special and how it'll include stories about her family. "As a parent, we screw up sometimes; we do think these things sometimes. I don’t mind showing that yeah, I don’t have my s— together either."

It's probably fair to assume that Sykes' won't all of the sudden dish about where she exactly lives during her new comedy special, but it feels like a safe bet that all moms and her countless fans will appreciate the relatable content in her new comedy special. Be sure to catch Wanda Sykes: Not Normal on Netflix on May 21.