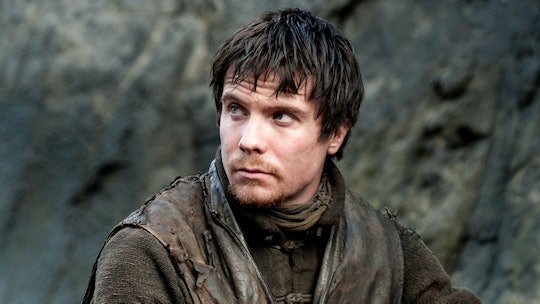 'Game Of Thrones' Fans Are Eager To Know Gendry's Whereabouts

Over the years a lot of characters have come and gone on Game of Thrones, but very few have gone missing. But that's the case with the long lost Gendry (played by Joe Dempsie). He was last seen in Season 3, when he escaped Dragonstone in a row boat, ominously stating that he didn't know how to swim. Gendry hasn't been seen since... at least, not yet. So where has Gendry been on Game of Thrones? It appears that answer may finally be revealed in Sunday night's episode.

IMDB may have let news of Gendry's return to the show slip, when the site added a new credential to Dempsie's page. Though it has since been removed, Dempsie was listed as appearing in this season's fifth episode, "Eastwatch." Fans were already speculating a Gendry return when Dempsie appeared at the Season 7 premiere party and wasn't allowed to talk to any reporters, presumably so he wouldn't spoil anything. However, it seems someone at HBO let this one slip through the cracks, because the secret now seems to be out.

If Gendry really is back, one has to wonder where in Westeros he'll pop back up. Could he have stuck close by to Dragonstone this whole time and will reconnect with Ser Davos there? Or could he have made his way up north, and will reunite with Arya at Winterfell? That does seem to be where are all the reunions are happening these days.

It's also possible the Hound, who hasn't been seen since the first episode of this season, is the one to rediscover Gendry. Or maybe the show will find Gendry still sailing around in his row boat after all these years. Honestly, the possibilities are endless.

Regardless of where he turns back up, Gendry's return could be a game-changer. As the last living Baratheon, maybe he could be swayed to believe he deserves the Iron Throne, though it's doubtful Gendry would even want it, much less fight for it. Still, whether or not he wants it, both Cersei and Daenerys could see him as a threat, or as a tool that could be used to help their claim to the throne.

Either way, Gendry could be in just as much danger now as he was when he first fled King's Landing and then sailed away on his little boat. While many may be excited for Gendry's return, this may not actually be a good thing for him. In fact, he may be safer lost than he is found.