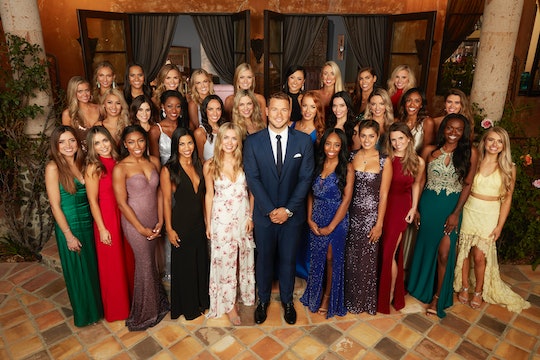 'The Bachelor' Is About To Go International & It's About Time

One of the many aspects of each season of The Bachelor is the part that sweeps contestants off to far away lands. Whether it's another tropical island or a charming village, this crew knows how to make the dates memorable. As contestants dwindle, Colton will soon find himself and his lovely ladies in the likes of Thailand, Vietnam, Denver, Colorado (what the what?) and Singapore — which is forecasted to be an important trip for some of the women and, uh, possibly Colton's virginity. So where in Singapore did The Bachelor contestants stay?

The overseas trip that flies 15 lovesick ladies and one available dude to gorgeous Southeast Asia may become the "most dramatic rose ceremony in Bachelor history." The exact location of their hotel or whatever isn't discussed in the promo and it doesn't really matter. With Demi proudly exclaiming, "Could Colton lose his virginity in Singapore? Maybe," that whole virginity thing is front and center again (as if it ever really disappeared). Obviously there's going to be impossibly romantic dates that can't be replicated IRL, probably some new adventurous activities they'd otherwise never try, and "quirky" foods that are an integral part of someone's culture — all to keep you entertained with scenic multicultural views as a backdrop. But if Caelynn and Hannah B. are trapped on a plane for many, many hours, plus with Colton's heart still in the mix, the drama will be epic.

People reported the upcoming episode will show Colton and the women bungee jumping, with Broadway World claiming there will be plenty of casual street-strolling, exotic food tasting, and a shopping spree. A few sources mentioned there's also something called leech therapy on the horizon, which — yikes! Of course Hannah B. uses that as the perfect punchline to zing Caelynn being a leech, and then Caelynn describes Hannah as "a gnat that won't go away." So that's how Singapore is going, thanks for asking.

All that aside, Singapore is a grand location for Demi to begin a new drama-filled rivalry — thanks, girl — while working her plan into play to eliminate Colton's "virgin" status. Though, the women seem to have forgotten how important that status is to him, one shot in the promo clip shows Colton kissing someone in bed. Demi, maybe? My bet is that by the end of this season, he falls for the ones who don't over-emphasize that small part of him, whether it's in Singapore, or America (or the white, beachy sands of Bachelor in Paradise this summer). The sneak peak on the ABC website does show lots and lots of kissing, but that's to be expected.

I'm sure the ladies of The Bachelor won't be in a flashy TV mansion in Singapore, because that would be too showy. It'll probably be somewhere in the heart of the island-nation where they can fully immerse themselves into the booming culture while awaiting their short, individual time with the man of their collective dreams. Regardless of where they end up, an international trip is a rite of passage on this show. I already feel my wanderlust heating to a rapid boil. Let's do this.